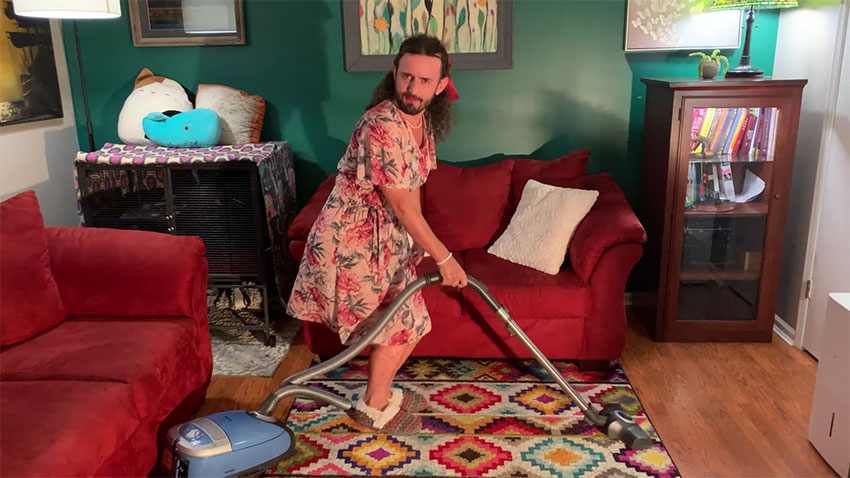 Accompanying this heavy, folky, sing-a-along shanty is a high-spirited official music video showcasing the members of ALESTORM and their musical guests joining forces in the name of fun, stuffed sharks, riding lawnmowers, cruise ships, Hurdy Gurdy and so much more. No matter the size of your ship, a pirate’s life is for you!

Oh wow! We’ve all been stuck at home and incredibly bored since the release of our latest album ‘Curse of the Crystal Coconut’, so we thought we’d make a fun little ‘home video’ for y’all, to celebrate the digital release of our two bonus tracks ‘Big Ship Little Ship’ and ‘Bassline Junkie’. We even got the wonderful Patty Gurdy involved, since this song features a massive hurdy gurdy melody that she played on the record. Watch us do our normal everyday home activities, such as crossdressing, shouting obscenities at buildings, and hanging out in children’s playgrounds!