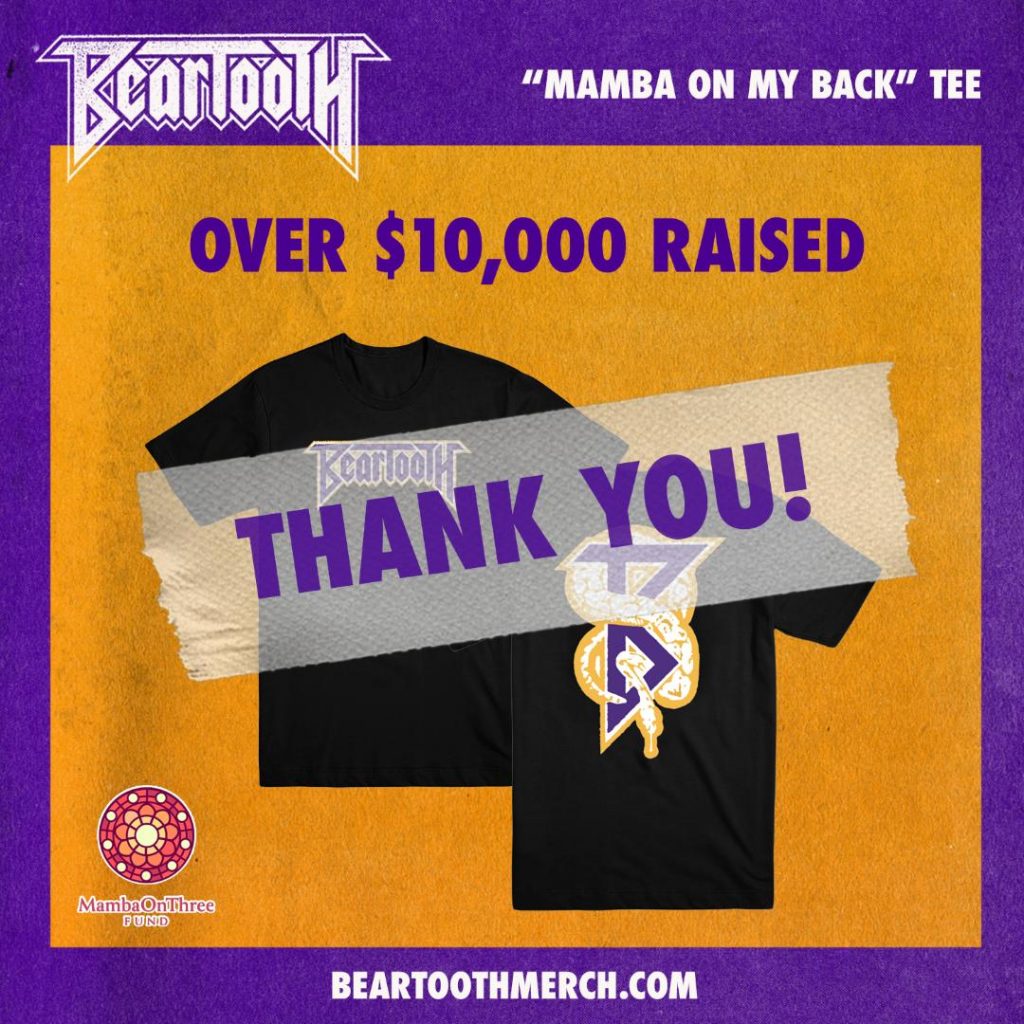 Earlier this month, Ohio’s Beartooth announced plans to release a limited edition T-shirt in honor of Kobe and Gianna Bryant, along with all those who perished from the horrific and tragic event that occurred on January 26th.

It has been revealed that the band sold over 600 shirts raising over $10,000 in support of the Mamba on Three fund, which was created by the Mamba Sports Foundation.

Said Beartooth regarding the merch release:

Growing up, we were all fans of Kobe Bryant. Last [month’s] tragedies effected so many people, us included. To honor the legacy of not only Kobe, his daughter Gianna, but all those who lost their lives, we [released] this very special limited-edition shirt where we’ll donate 100% of the profits to the #MambaOnThree Fund, which will help support the families affected by this horrific tragedy.

The shirt is completely sold-out, though fans can still donate directly to the Mamba on Three fund here.

Beartooth are currently touring through the UK and Europe — get all dates here.