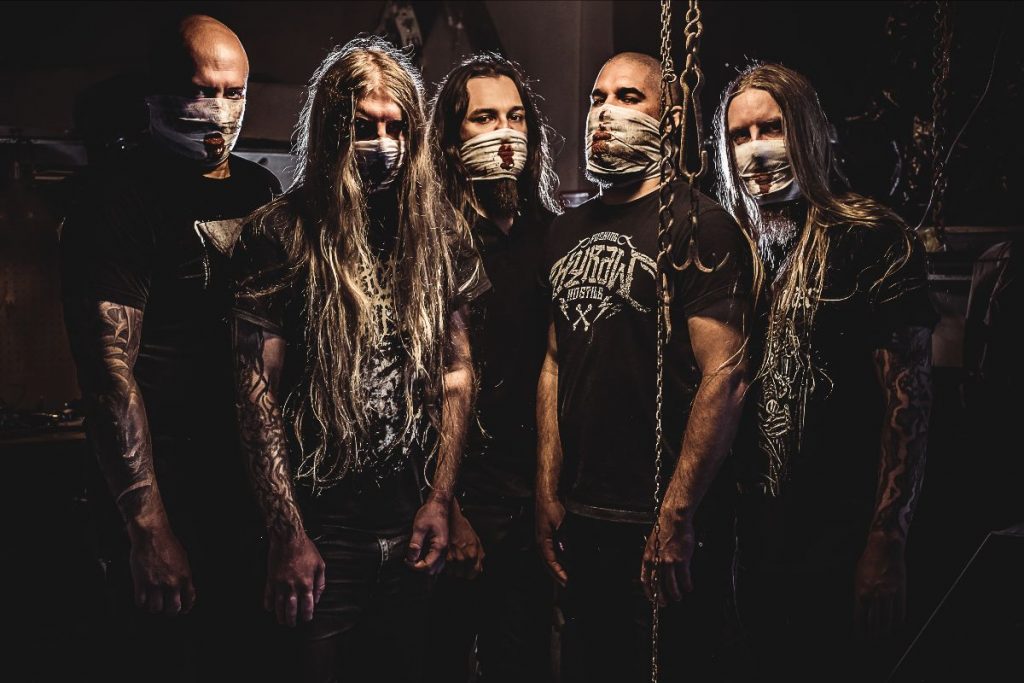 French deathgrind masters BENIGHTED are celebrating Halloween early with a brand new single, “Stab the Weakest,” which pays homage to slasher Michael Myers! The song is available on all digital platforms HERE and can be viewed with a special video on YouTube HERE!


The band has also unveiled a brand new Halloween shirt design, which can now be ordered via the official BENIGHTED Big Cartel store.

Vocalist Julien Truchan comments: “We all agree to say that these times we are living in really suck, so everything we can do to cheer us up is welcome! We, Benighted, decided to prepare something special for you and do it the HALLOWEEN way! That’s why we’ve released a new track today called ‘Stab The Weakest,’ a brutal track where you might recognize one of your favorite horror movies theme’s….

With this track, we also have released a very cool shirt designed by our brother Gary Ronaldson, who did a fantastic job again! You can order it and other items on our brand-new Big Cartel shop!”

Earlier this year, BENIGHTED recently released the gory, disturbing music video for their latest single, “Nails,” which can be seen HERE.

The band’s latest album, ‘Obscene Repressed,’ was released earlier this year and can be streamed, downloaded, and ordered HERE.