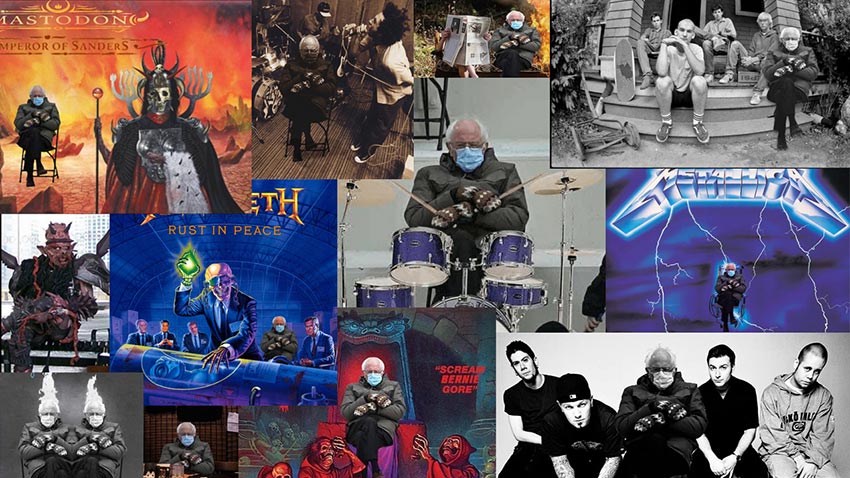 President Joseph R. Biden, Jr. and Vice President Kamala Harris were sworn in as the official leaders of these United States yesterday, January 20th, in Washington, D.C. at an inauguration ceremony that took place mostly virtually due to the ongoing global pandemic.

Among the prominent people allowed to attend the function, Senator Bernie Sanders of Vermont sat in the audience, on a black folding chair, isolated, mask up, legs crossed and bundled-up in his cozy coat and mittens. Soon after, a photo of Bernie shot by Getty Images photographer Brendan Smialowski went viral, circulating throughout social media as hundreds (maybe even thousands?) of Photoshopped renditions of the image spread like wildfire within 24 hours.

“This could’ve been an email” pic.twitter.com/kn68z6eDhY

Among the horde of Bernie memes: lots of takes of him on album covers, on movie/TV show posters, superimposed on classic artwork/other memes, and various of additional hilarious situations. The metal and rock community definitely brought their A game, placing the politician behind a merch booth at a concert, at the guest-list window of a venue, hanging out with the late, great Oderus Urungus,… you name it. Check out the below video for our favorite picks!