“Happening in conjunction with 8 local radios stations, the band will be performing their latest single [“Scarlet Cross”] and other favorites from their catalog,” says today’s announcement. “The shows start on March 23rd for WEBN in frontman Andy Biersack’s hometown of Cincinnati, OH and wraps on April 2nd for KCJK in Kansas City, MO.”

The announcement continues, “Other markets include Columbus, OH; Baltimore, MD; Detroit, MI; Monmouth Ocean, NJ; Phoenix, AZ; and Madison, WI. Each performance will be unique and a different set for each station. All shows are streaming free and local performance information is below.”

This past November, Black Veil Brides released the video for their single “Scarlet Cross,” which was produced by Erik Ron (Godsmack, Dance Gavin Dance, Bush) and guitarist Jake Pitts. The video was directed by Patrick Fogarty and is based on a concept written by frontman Andy Biersack — check out the clip below. 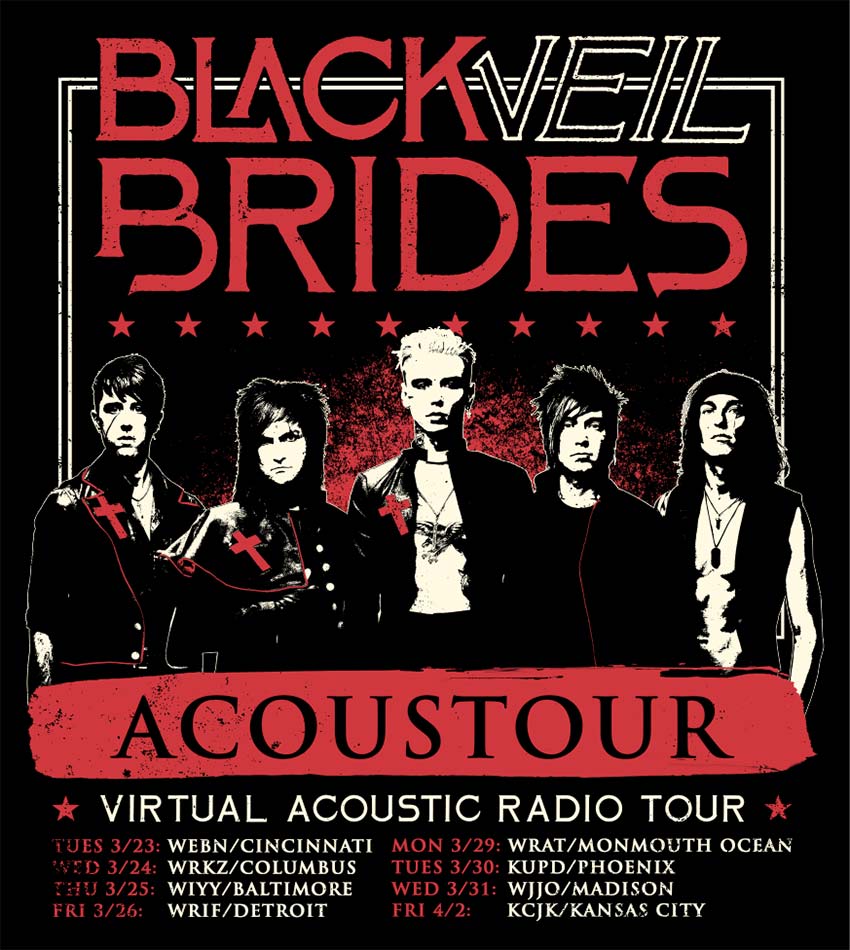