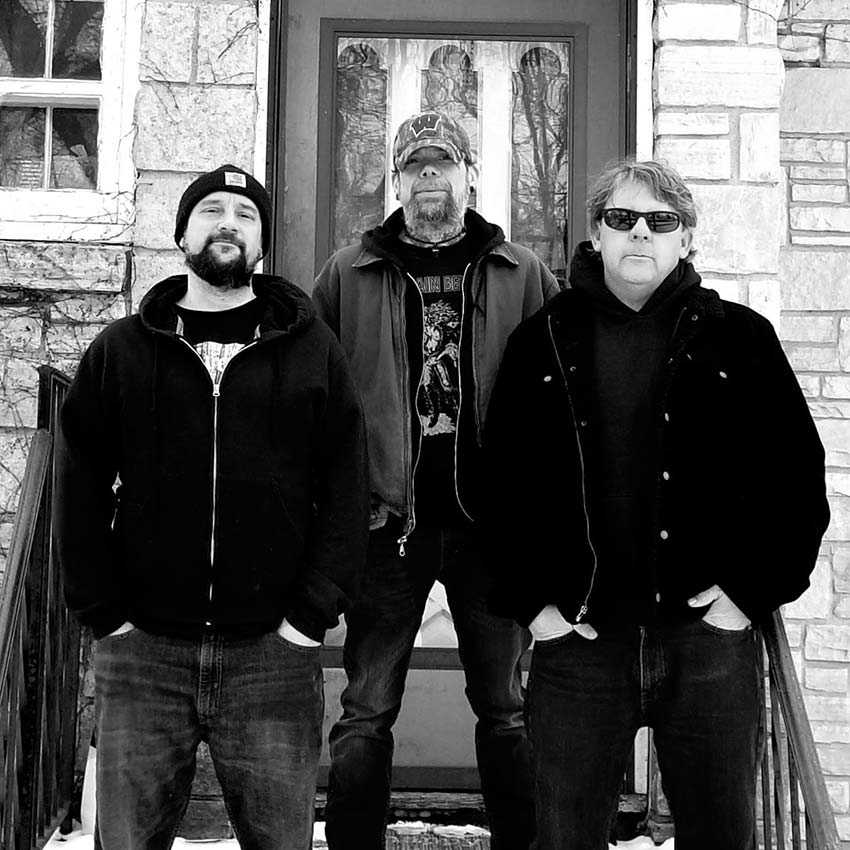 Midwest sludge metal hooligans Bongzilla have premiered (via Metal Injection) their brand new track dubbed “Free The Weed” — check out the song below.

The fresh cut appears on Bongzilla’s highly anticipated fifth studio album ‘Weedsconsin,’ which is due out on April 20th on Heavy Psych Sounds (pre-order).

New album ‘Weedsconsin’ is BONGZILLA’s first recording as a thunderous three-piece — with Mike Makela moving from guitar to bass since Cooter Brown’s departure. Approaching songs as a trio has created more space and allowed the band to showcase their musicianship in a new way, resulting in a crushingly heavy stomp along the lines of ‘Gateway’, while being sonically clearer and more inclined to mind-expanding jams, setting ‘Weedsconsin’ apart from earlier material. Listen to the album’s first single “Sundae Driver”.

BONGZILLA is a stoner metal band from Madison, Wisconsin. As their name suggests, most of their material is related to marijuana and promotes its legalization. The band formed in 1995, and over the next three years recorded and released a dozen songs on EPs and split singles. In 1998 they signed to Relapse Records, and have since released four studio albums and a live album through the label. Since the seeds were planted in the mid-90s, BONGZILLA have been sowing Madison, Wisconsin’s rich soil with their homegrown, psychedelic sludge. Following the release of their fourth studio album “Amerijuanican” in 2005, the band toured and remained active until 2009 when the group quietly took a hiatus.

In April 2015 it was announced BONGZILLA was reforming with the “Gateway” lineup, first announcing a tour of Europe. The band followed up with a four-date tour of the West Coast USA, a tour of the east coast USA and an appearance at Desertfest Belgium. The band began 2017 with a local show in Wisconsin before embarking on another European tour, playing the likes of Roadburn Festival, DesertFest Berlin, DesertFest London, KristonFest and have begun working on material for a new album.

In early 2020, BONGZILLA started their own label Gungeon Records and released a re-issue of their classic album “Apogee”. However, in March of 2020 it would be announced that Cooter Brown would retire from the band due to health and family reasons, with Bongzilla choosing to continue as a thunderous three-piece. A few months into the pandemic, BONGZILLA began rehearsing and recording for several different record projects: a limited ‘Wake Brewing’ 7″, a full-length album titled Weedsconsin, an LP split with the band Tons, and a 7″ split with Boris — the first of a 7″ split series released on Gungeon Records. All projects were recorded at Future Apple Tree Studios in Rockford, Illinois in October 2020 by the legendary John Hopkins, before his sudden and unexpected passing in the late fall of 2020.

In January 2021, the band announced its signing to Italian label Heavy Psych Sounds for the release of their fifth studio album “Weedsconsin” on April 20th, 2021. ‘Weedsconsin’ was written by Muleboy (bass, vocals), Spanky (guitar), and Magma (drums), recorded and engineered by the late John Hopkins at Future Apple Tree Studios in Rock Island and mastered by Carl Saff at Saff Mastering in Chicago. It will be released on April 20th, 2021 on various limited edition vinyls, black vinyl, CD and digital.