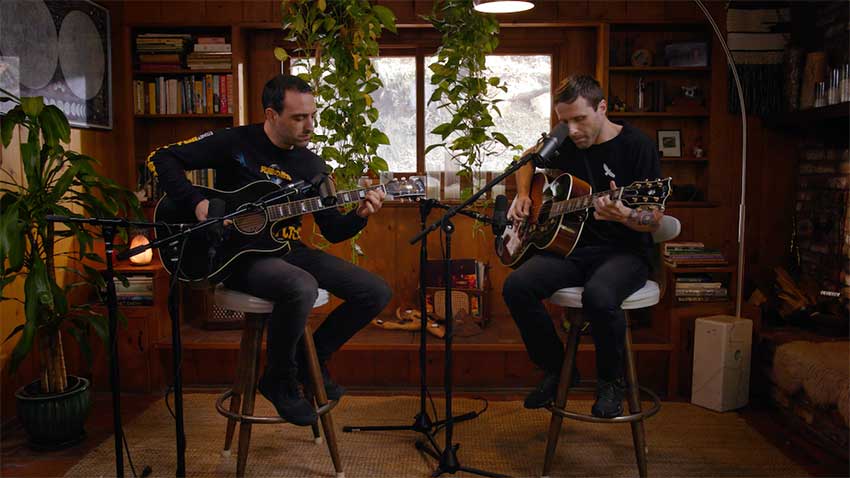 In fall of 2019, Cave In partnered with Gibson Guitars to take part in the Gibson TV series “The Songbook” — a collection of performances that features stripped down, acoustic versions of artists’ hit songs. Filmed in the beautiful hillside of Laurel Canyon in Los Angeles, this series features world renowned artists discussing their favorite songwriters, their approach to songwriting, and love for guitar in an intimate setting. Cave In was invited to chat and perform their bittersweet single, “Shake My Blood.” This version of the song is equal parts haunting and soothing, and Stephen Brodsky and Adam McGrath’s commentaries ahead of the performance shed light on the track itself, their collective writing process, and offers a unique glimpse into Cave In as a whole.

Watch the video for Cave In’s “Shake My Blood” from the Gibson Songbook Series now via Revolver Magazine:


Released in June of last year, Final Transmission was brought to fruition by a band in need of catharsis after the untimely death of their friend and bandmate, Caleb Scofield. A cursory listen of the album will offer glimpses of all Cave In eras, from the scintillating space rock of their 2000 breakthrough opus Jupiter to the ripping metal melodies of White Silence. All told, it’s a direction that was largely spearheaded by Caleb Scolfield’s musical legacy and is a undoubtedly a beautiful tribute to him.

Keep up with Cave In on Facebook, and see what Gibson Guitars is up to here.