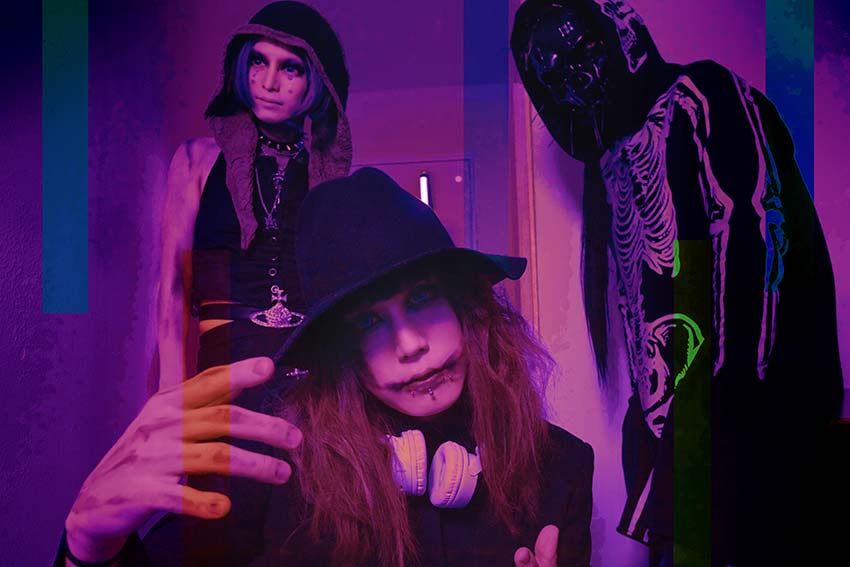 Japanese Nu metal act Choke have unleashed their new single “Hack To The Basic” which you can check out below in official music video form.

Here’s more info on the band via a press release:

CHOKE is an emerging nu-metal/visual kei band from Japan. They started with the overall goal of creating a unique sound by mixing rap metal with djent. Their experimental music, nevertheless, does not stick to only one genre and has evolved since their formation in 2017. CHOKE have incorporated into their sound hard-core, trap-core, metalcore, thrash and groove metal influences while adding electronic, symphonic, or progressive elements into the mix. CHOKE offers a peculiar dissonant blend of heavy music with hip hop rhythm.

Regarding their new song:

“Hack to the basic” is filled with bouncing beats that invite the listener to enjoy the groove. A style that completely set this song apart from others in CHOKE’s discography. The track starts with an uncanny intro that flows into a chorus with fry screams. The tune then transitions into verses with a cool vibe and catchy rap flows that features turntable scratches and loud resonations from the bass. In addition to the change of rhythm, another major difference is the simpler guitar style: it has not the typical meticulous riffs that CHOKE usually deliver; but that’s definitively not a bummer, this time is all about the chill!

The creation process of the single dates back to the period when all shows worldwide were cancelled or postponed due to the outbreak of the pandemic. With concerts being the fundamental activity that feeds the soul of musicians, the eagerness to come back on stage also influenced the members to make this song. As said by the band: “It’s a clear statement of our will to perform live again and have fun with this song.”

Stream “Hack To The Basic”:

Also Check Out: Demon Hunter debut acoustic song “I Will Fail You (Resurrected)”