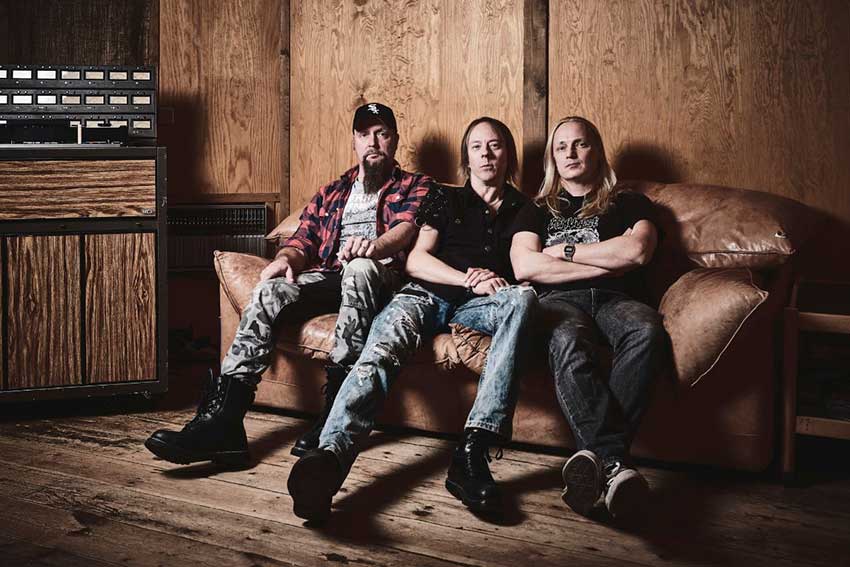 The track serves as the first single off of the band’s upcoming new album ‘Deathstar’ via Transcending Records (out October 30th).

Deathstar features nine tracks that transcend the boundaries of standard death metal. Of course, this is nothing new for the trio, as many fans will fondly reflect on their unheralded gem Reflections (released in 1994 on Relapse Records). which at the time was about as unusual a death metal album as they come. Deathstar takes the same genre bending approach as Reflections and modernizes it.

The album was recorded and mixed in analog, the way music was meant to be recorded, at JJ-studio. Artwork for Deathstar was created by Jan Yrlund, based on the painting Strangled by Minna Mead. Band photo and “The Summoning” video shot by Okko Sorma.