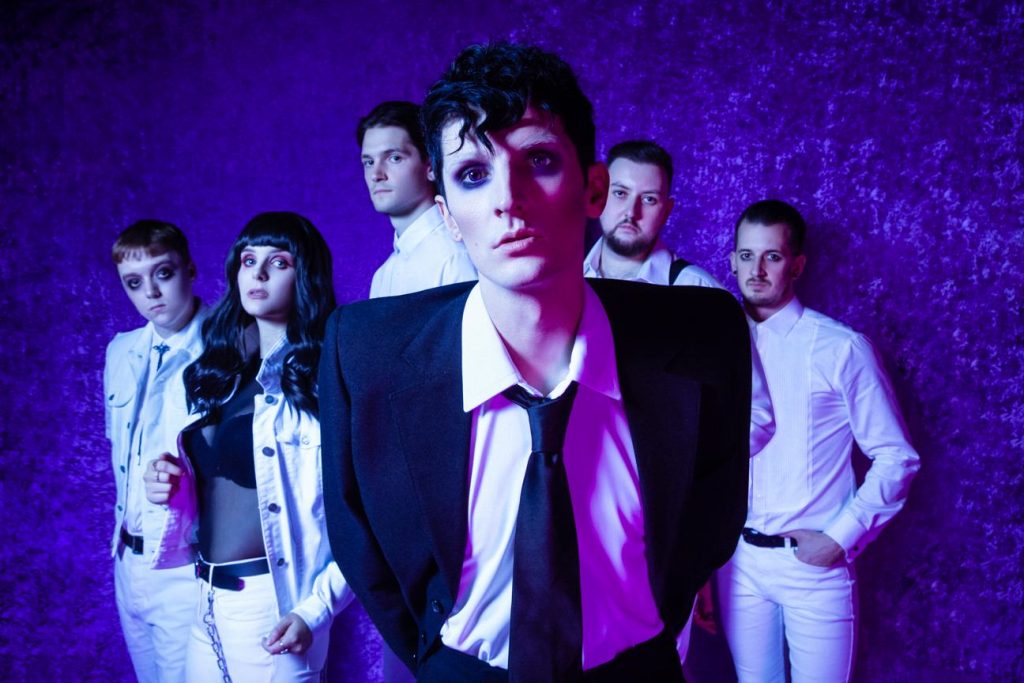 English punk rockers Creeper have shared an official clip for their previously released new single titled “Poisoned Heart.” The fresh song appears on the act’s second album, ‘Sex, Death & The Infinite Void,’ which recently dropped via Roadrunner Records (get it).

The ‘Poisoned Heart’ video features vocalist Will Gould as the narrative’s lead character Roe, in a live action continuation of the story presented in the animated ‘Be My End’ visual. Roe and his partner, the already betrothed Annabelle, are driving across America’s sprawling, desolate highways. Yet their past is about to catch up on them in dramatic fashion. As Gould breaks the fourth wall, stepping away from the video set to his trailer, there’s another surprise which subverts the lines between fiction and reality.

The Poisoned Heart music video is the final piece of our story, the grand conclusion to the narrative we’ve been telling.

The video was directed by Oscar Sansom from Forest of Black (Biffy Clyro, Chvrches), stream it below: