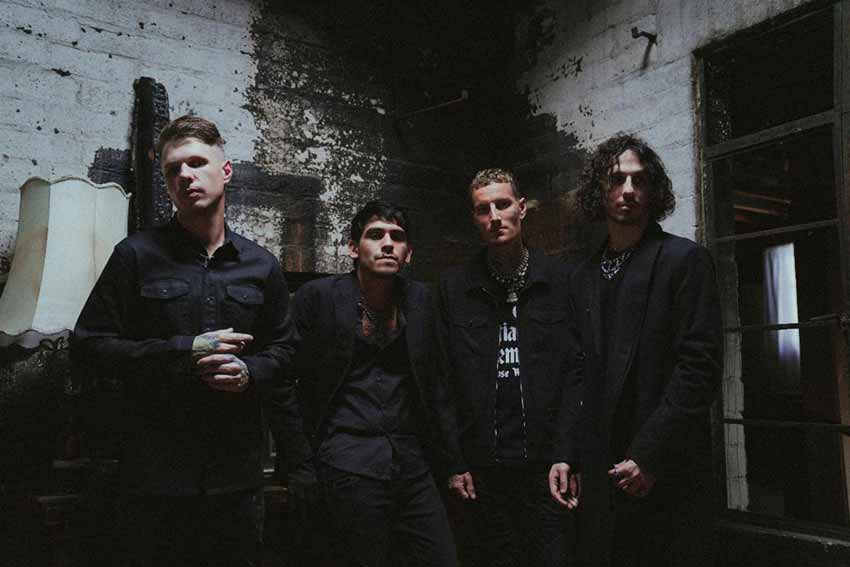 Modern metallers Crown The Empire have released their new track, “Dancing With The Dead,” in official music video form — check out the clip below.

A presser states, “The song, titled “Dancing With The Dead”, is the band’s first that features no clean vocals and instead features a furious, guttural exchange between vocalist Andy Leo and bassist/vocalist Hayden Tree. Accompanying the new track is a darkly cinematic music video, featuring a real life chess board where protagonist (Andy), has to physically overpower the seven deadly sins, to overthrow the clutches of the evil King (Hayden).”

Speaking on their new track, Andy Leo says, ““Dancing with the Dead” came about during the rock bottom phase of quarantine. I’d felt like my purpose had been taken, and I had fully melded into the idea of just letting myself rot. I thought that rock bottom had a definite end but it felt as if I could go as low as I’d let myself. There’s a mural of heaven we put up that covers my entire living room wall and I was thinking about the book “Paradise Lost” where Lucifer said something like “I’d rather rule in hell than serve in heaven” and knew that if I was doomed to be stuck in this loop then I may as well make the most of it. I was chasing after an idea of salvation that I could do nothing to reach so I decided to start building myself outward to make myself the king of the shit hole I had put myself in.”

Hayden Tree adds, “This is the heaviest song we’ve released to date. I remember sitting down and thinking to myself that as a band, we’ve never released a song with zero singing in it. As a musician in the rock world you can sometimes feel like you have to play it safe. These days artists seem to be fearful of stepping out of their comfort zone and doing something other than their norm or what’s trending. I didn’t want to play it safe anymore. At this point I was listening to a lot of hardcore/metal bands I grew up on which shaped the riff and energy on the track. I remember showing the song to the band and instantly Brandon thought it was too heavy and didn’t feel that it could make it onto an album. I fought him on it because I believed this song could be something special. He finally came around and helped me and Andy write all the lyrics. Once we finished the track, it turned into one of our band’s favorite and craziest songs we’ve ever released.”

Crown The Empire will be hitting the road as support for Atreyu on their “Baptize Tour” — all dates are listed below. 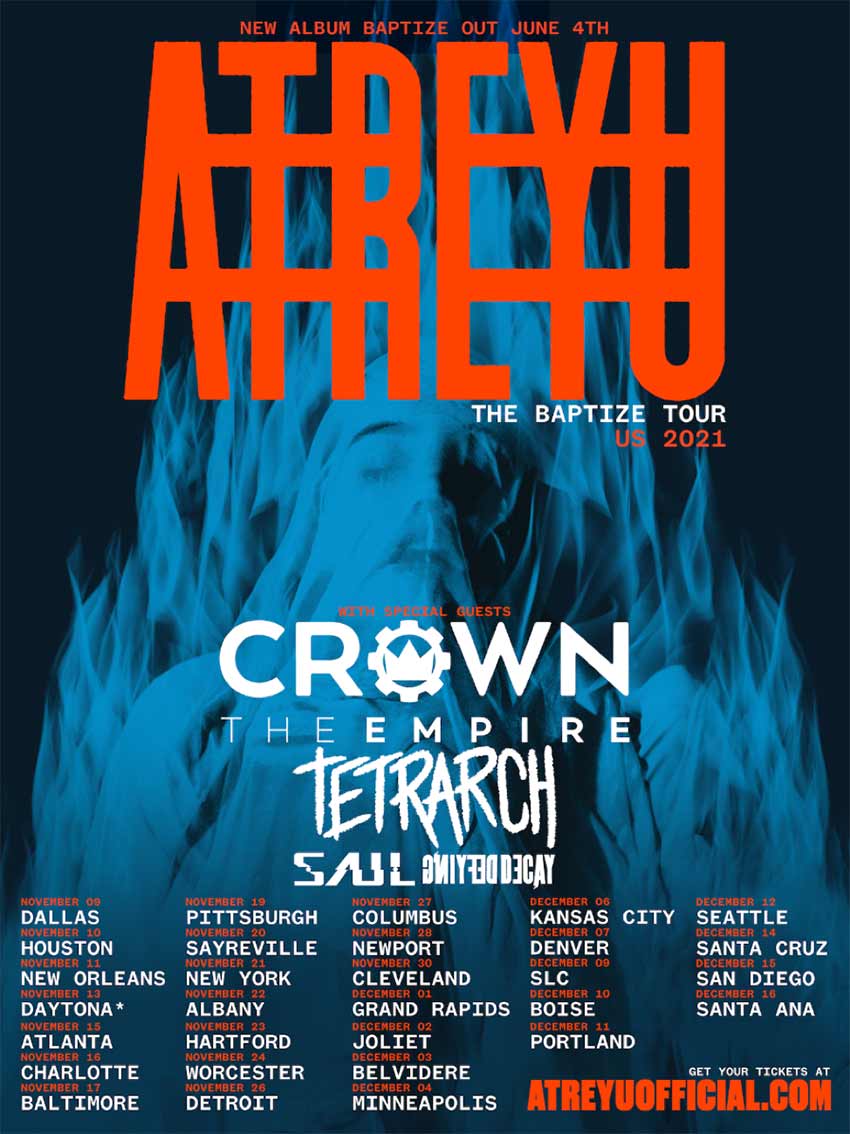