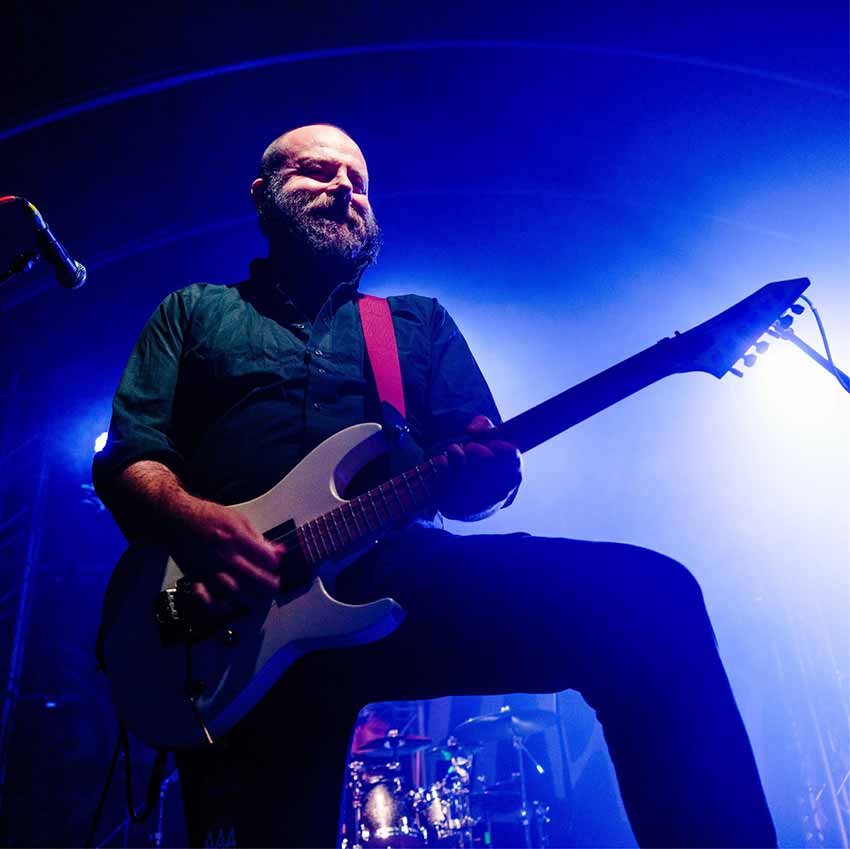 Guitarist David Andersson – known for his work with Soilwork and The Night Flight Orchestra – has sadly died at the age of 47. Soilwork posted the above photo and below message via their social accounts earlier today, September 14th.

“We are deeply saddened today, as we bring the terrible news of David Andersson’s passing. He was one of a kind and a brilliant man in so many ways. He was our guitarist for more than 10 years and had a big impact on Soilwork’s musical journey forward. Sadly alcohol and mental illness took you away from us. We will miss him dearly and will continue to carry the musical legacy that he was a part of. Our deepest condolences goes out to his family. Forever grateful for the time we spent with you and all the good laughs. Thank you Dr. Dave. See you on the other side.

We encourage everyone to respect the privacy of David’s family and friends in these tragic times.

As the band note, David was in the band for more than 10 years, and his work can be heard on the full-lengths ‘The Living Infinite’ (2013), ‘The Ride Majestic’ (2015), ‘Verkligheten’ (2019), and ‘Övergivenheten’ (2022), along with countless EPs, compilations, live albums and more released throughout the years.

David also spent some time working with Mean Streak in the early 2010s, and recently with Gangs of Old Ladies.

Featured photo by Stewart Munro Photography and via