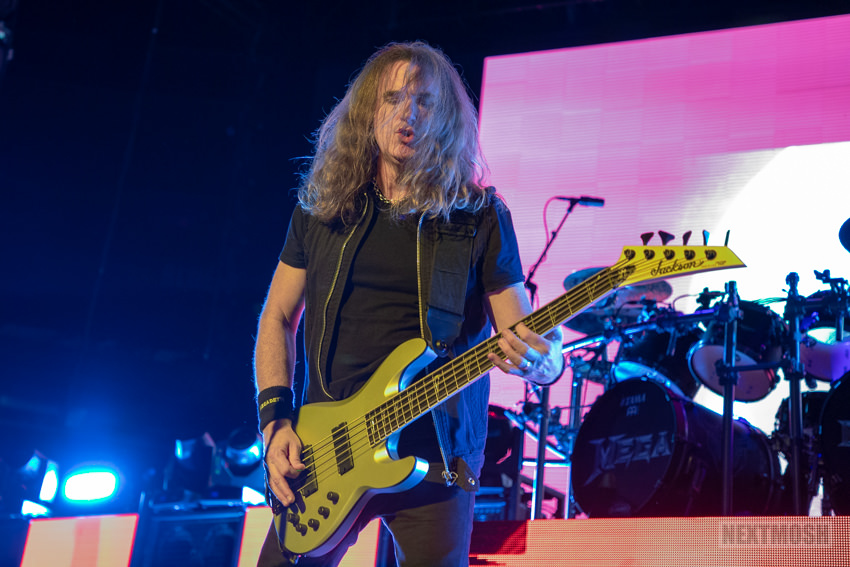 On Monday, Megadeth mainman Dave Mustaine announced the firing of founding bassist and backing vocalist David Ellefson, due to his recent controversy involving sexually explicit videos that were posted to Twitter earlier this month.

“We do not take this decision lightly,” said Mustaine in the statement. “While we do not know every detail of what occurred, with an already strained relationship, what has already been revealed now is enough to make working together impossible moving forward.”

The clips in mention were reportedly recorded in 2020 by a fan, and, at first, the videos led to accusations of child grooming. Later on, Ellefson and the other party involved both denied those accusations, claiming that it was consensual adult conduct.

“As you may or not know, some private and personal conversations and interactions have surfaced online, released with ill intention by a third party who was not authorized to have them or share them,” commented the ex-Megadeth bassist in a social media post that is no longer publicly accessible. “As much as it’s not something I’m proud of, these were private, adult interactions that were taken out of context and manipulated to inflict maximum damage to my reputation, my career and family.”

Ellefson also shared a statement he said was from the woman involved, who declared, “Yes, those video calls did happen, but I was the one to initiate them and never was I underage, I was always a consenting adult. Nothing inappropriate ever happened before that. It was all consensual, I’m not a victim and I have not been groomed in the slightest as I was the one to initiate it.”

Speaking to Rolling Stone, Ellefson released a new statement that reads, “Recently, a very private video was illegally posted on the internet and false allegations were made against me. The actions in the video were between two consenting adults and were recorded without my knowledge.”

Ellefson added, “I am working with Scottsdale Police Department in their investigation into charges regarding revenge pornography to be filed against the person who posted this video. Also, my lawyers are preparing a defamation lawsuit to be filed against this person. This person will be prosecuted to the fullest extent of the law. I am taking this time to be with my family. I wish my bandmates the best with their upcoming tour.”

Rolling Stone also reached out to Sergeant Kevin Quon (spokesperson for the Scottsdale Police Department), who said, “We are aware of the situation but at this time no formal report has been taken.”

Regarding Megadeth’s upcoming tour, it’s set to kick off on August 20th in Austin, TX with Lamb of God, Trivium and In Flames — see all upcoming tour dates below. No word yet on who will take over bass duties for Megadeth.

Get tickets on Ticketmaster. See the flyer below. 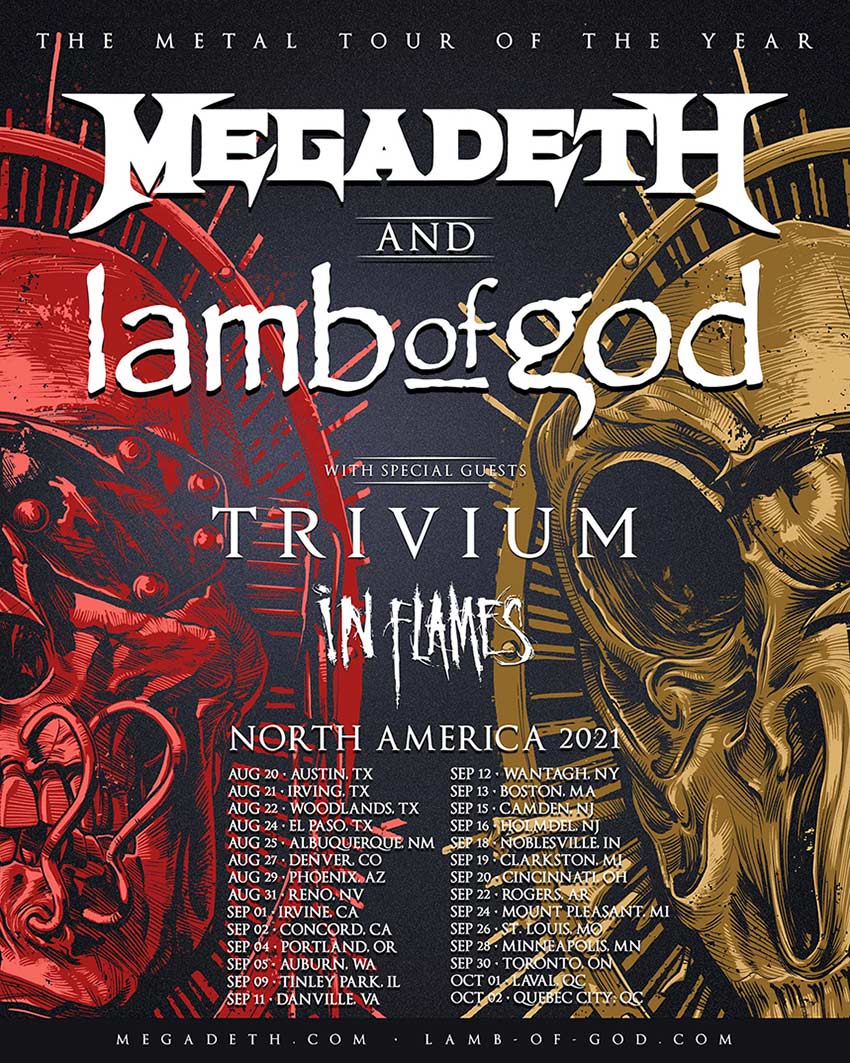