Austin noise rockers Dining With Dogs have announced a live stream and video premiere party for this Thursday, July 23rd via the band’s YouTube channel and their label’s website.

The virtual event is in support of Dining With Dogs’ debut record, ‘The Problem With Friends’ (get it: physical + digital), and will see the band performing tracks of said first LP. In addition to the live set, the broadcast will include the premiere of the band’s new music video for track “Sweet Talkin Psycho.”

The lyrics to ‘Sweet Talkin Psycho’ are hypersexualized and confused. Cupcake, our star, amped up the physical embodiment of psychotic desire and became the song’s tension incarnate. We’d always wanted to do a video for that song, and The Lost Well has always been a place we’d dreamed of shooting in. The whole thing really kicked off when the bar started offering to open for band rehearsals during the shutdown, and our drummer Josh thought people should be shooting music videos in there too. So, we put together a production package specifically for working in there, and figured we needed to show people what we could do with the space.

Here’s more info on the band via a press release:

Dining With Dogs unites former The Dead See members drummer Josh Paul and guitarist/vocalist Mark Key (also of BLK OPS) with bassist and video artist Marcos Morales and new recruit Craig Delony on synth and guitar. Their debut full-length The Problem With Friends boasts ten bruising tracks which fuse noise rock riffage cranked to gnarled, sludgy depths with an intoxicating, psychedelic aura. Recorded with Delony, mixed by Brendan Tobin (Red Sparrowes, Made Out Of Babies), mastered by Brad Boatright at Audiosiege (Integrity, Primitive Man, From Ashes Rise), and completed with artwork by Josh Paul, the album was released on a newly formed branch of Morales’ Dirt City Studios, responsible for the direction of videos by Today Is The Day, Primitive Man, Inter Arma, and many more.

Get more from the band here. 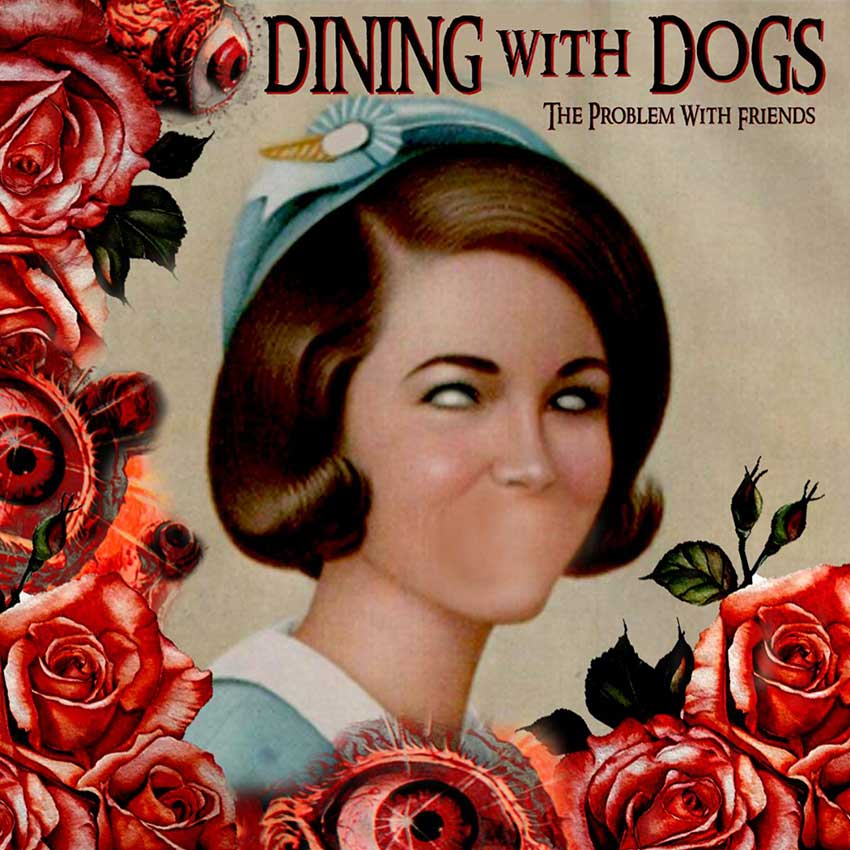