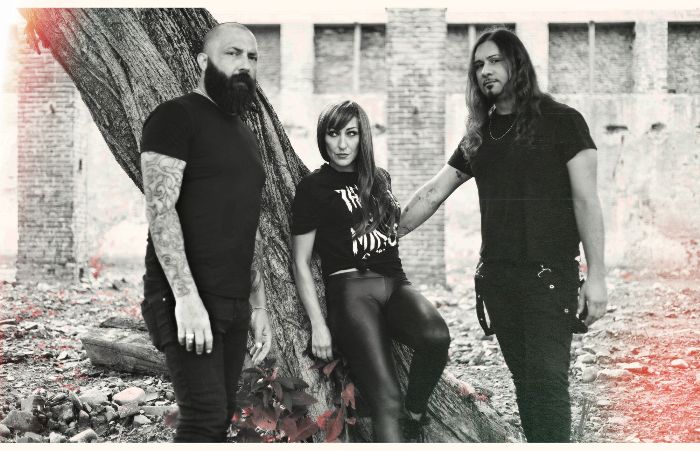 Long-running Italian gothic masters Dismal have just released a video for “Hermes The Thrice-Greatest” off their November 2020 album Quinta Essentia.

Quinta Essentia melds classical symphonic music with doom metal, darkwave, neofolk, waltz, and even tango. This unique album is part of Dismal’s new gothic musical fairy tale: The Waltz Of Mind. With a stunning animated video designed by Hermes Mangialardo, “Hermes The Thrice-Greatest” introduces us to this magical atmosphere.


About Dismal
Dismal is an Italian gothic band formed in 1995. Their first album was released in November 1998 for Pagan Moon Records, titled Fiaba Lacrimevole – Like a Red Bleeding Rose in a Glacial Desert. This debut album was an immediate success and soon it became a top selling album for the label. In September 2002, Dismal signed a long term deal with Aural Music Group, co-founding Dreamcell11, a division of Aural Music in order to follow and to promote the band artistically and commercially.

Within the end of 2002 the band entered the Gulp Studio by Marco Calliari to record their second Album titled Rubino Liquido – Three Scarlet Drops… using a 12-instrument orchestra to mix waltz and tango with baroque orchestral sound.

The band’s third album, Miele Dal Salice, was released in 2006; the band dedicated a lot of time to this record, full of bizarre and intense tones. On this new effort, Rossana Landi was introduced as the new lead singer, playing contrabass too. After a short but intense tour around Germany and Italy, including notable festivals like the Wave Gothic Treffen in Leipzig and Berlin, Dismal took a break and Afelio (guitarist and male vocal) left the band due to personal reasons.

After seven years, the band decided to enter the studio again. In 2013, they record the album Giostra di Vapore at Punto Rec Studios with Fabrizio Argiolas. In this work, the band created a new sound dimension by fusing electronic sound with the classical music: the modern and antique met together for a sound inspired by steampunk and industrial revolution.

In 2019, Dismal began the composition of their fifth new concept-album, Quinta Essentia, concluding the recording in July 2020 in the Gulp Studio with Marco Calliari. The band claims to have combined all their previously works, keeping their signature Gothic and theatrical sound constant. The lyrics are developed on cultural, philosophical, and alchemical themes.

Released in November 2020, Quinta Essentia is a sonorous work that takes the listener into a bizarre state of limbo, in a “carnival of the mind” where rationality and madness are constantly touched. A mix of magical atmospheres characterize the new gothic musical fairy tale by Dismal, of which this album is a part: The Waltz Of Mind.