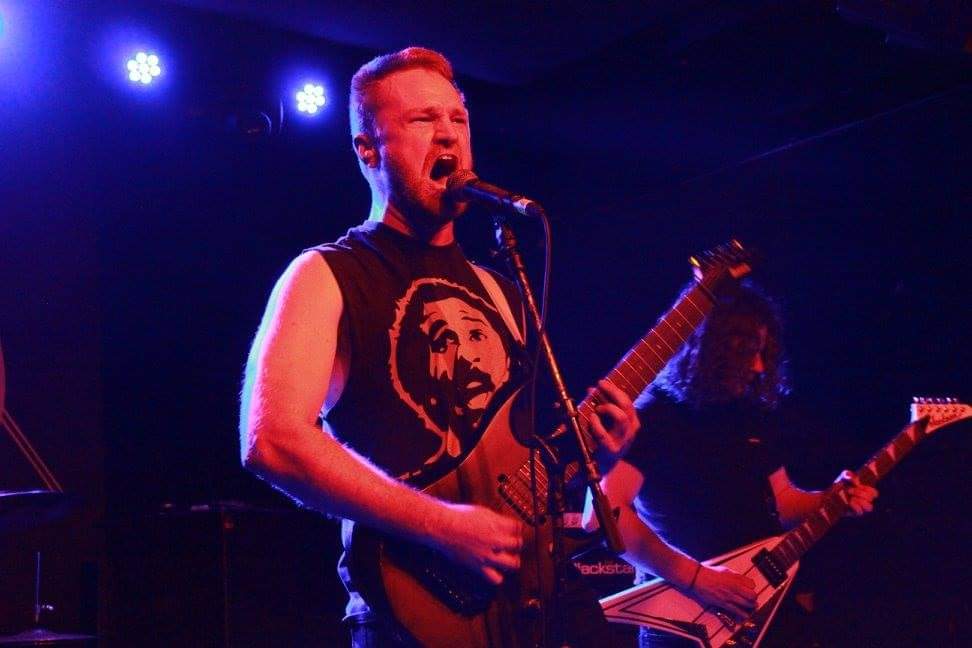 Andrew Lansing Hays a.k.a. Drew Hays – known for his guitar and vocal work with God’s Bastard, Floods, Moron and other New York City-based metal acts – has died at the age of 32. A cause of death has not been made public as of this posting.

Friends of Drew, Ghostbound shared the following message on social media, “One of our dearest friends, Drew Hays aka @quackie_the_stagnant, passed away a few days ago. Words cannot describe what his friendship and support meant to us and the sheer void his passing leaves in our lives.”

Ghostbound founder Alec A. Head also noted via social media that Drew was “found by one of his new roommates in his new apartment,” which was located down the street from him. “He had been in the process of rebuilding his life after a very scary year where he was in the throng of severe mental illness for what seemed to be the entirety of the pandemic,” Alec writes.

It has been announced that there will be a memorial for Drew in NYC at Sophie’s Bar on the Lower East Side on July 20th at around 7PM. “Come and celebrate his life with us. We love you, friend,” Ghostbound add.

See tributes to Drew below. RIP.


Today was a rough day, and I don't feel like writing much. Suffice to say I lost a friend, and the world lost a world-class musician and a good man. RIP Drew Hays.https://t.co/TxU3rDgQrd


Rest in Peace Drew Hays, you were such a talented, kind and lovely young man, I hope I get to see you one day on the other side. pic.twitter.com/jjMNCt429X


These posts usually include nine new tracks. This one is dedicated entirely to the memory of a dear friend and ferocious artistic mind, Drew Hays. May his memory be a blessing. Feat.: @cainalikehyena, @crowbarrules @Ghostbound_NYC @TheArtOfAsty and more.https://t.co/pROC049Fpn pic.twitter.com/8vKOLMaklF