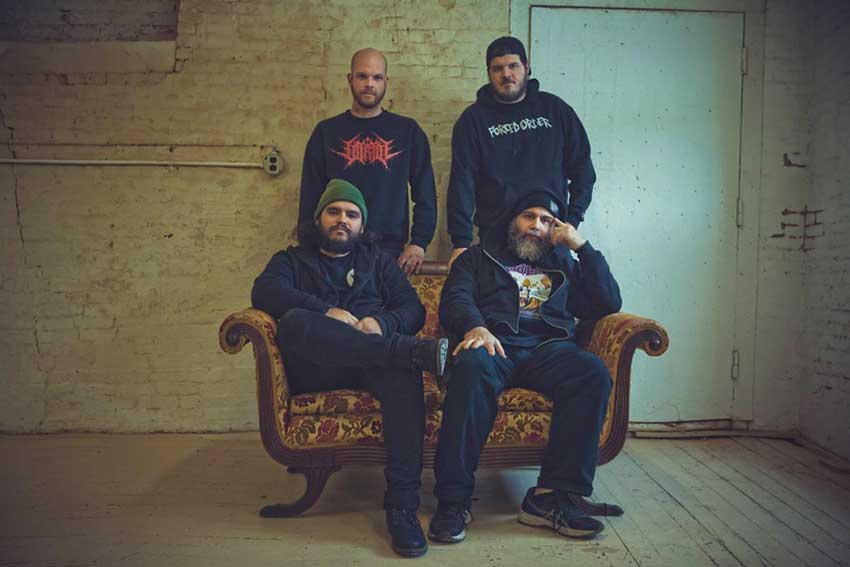 Fort Lauderdale, Florida sludgesters Ether Coven have shared an official clip for their new single, “When Quiet Fell,” which comes off the act’s latest full-length album, ‘Everything Is Temporary Except Suffering.’ Stream the new video below.

Comments frontman Peter Kowlasky: “The video for ‘When Quiet Fell’ was the second video we filmed while on our winter tour earlier this year. I have been friends with Eric Boccio for nearly 2 decades from his time in Kid Georgous and we’ve been trying to work together for a long while so when we were in California we took no naps and just trucked it to L.A. over night. The explanation for the song, as per the record insert is as follows: In times of desperation and loneliness the only way out is seemingly through. The most trying moments are of negative silence and it is difficult to be comfortable in our own skin. Stagnation feels like betrayal. Trudging forward to exist outside ourselves is nearly impossible to navigate but it is often our only option, so we suffer.”

Back to the new album, it was recorded, mixed and produced by Erik Rutan (Cannibal Corpse, Morbid Angel, Goatwhore) with additional mastering done by Alan Douches (Cradle of Filth, Motorhead) at West West Side. Follow the band for more info.