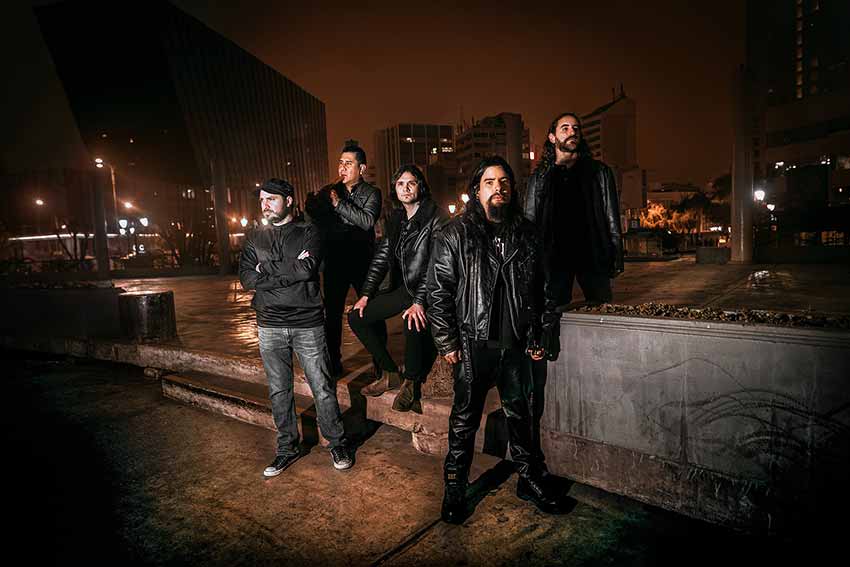 A presser states, “This version not only finds a band already aged, with more than 20 years of career fusing heavy metal and progressive rock with the music of the Peruvian Andes, but it is also produced by the renowned producer Roy Z, who in addition to being Guitarist for Bruce Dickinson himself, he has also worked as a producer for bands such as Judas Priest, Skid Row, Sepultura and Rob Halford. The North American musician has also produced Flor de Loto’s last studio album (Eclipse, 2008), and at the moment he is working with the band on a new album that will have music stars like Arthur Brown and Fabio Lione as guests.”

They add, “The cover of the single shows Eddie the Head observing the famous Nasca lines, in Peru. Among them, you can also see the logo of the band.”