New Jersey’s FRND CRCL (pronounced Friend Circle) are previewing another track off their upcoming sophomore album ‘Internet Noise’, which drops on May 1st.


Of the new song, Substream’s Joel Funk writes: “The track is angrier and more intense than anything else that we’ve heard from the band and they waste no time building off of the palpable sense of tension that drives the track. The story here is jaded and melancholic, opting to revel in the melodrama of heartbreak rather than to try and play it off. It’s a stark contrast to the bright and colorful energy that we’ve come to associate with the band’s past work and visuals, but what’s color without a little contrast?”

“Deception” will be available on all DSPs on April 24. 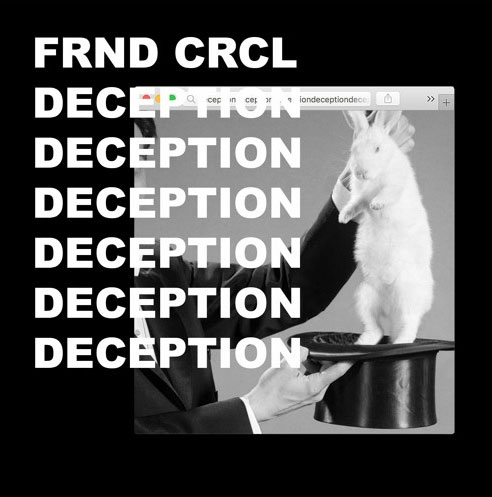 Echoing the sounds of the early 2000s heyday of pop-punk, the four-piece has made a name for themselves in the Tri-State music scene, while constantly challenging and modernizing their sound.

Formed in 2018, Aaron Smith (Drums) and Dom Giacalone (Lead Guitar), along with dual vocalists Zac Johnson (Guitar) and Adam Skirvin (Bass), combine their unique musical backgrounds to create a fresh take on the genre. FRND CRCL is not afraid to incorporate lyrical wordplay, the occasional pop culture reference, and influences from various genres across the board.