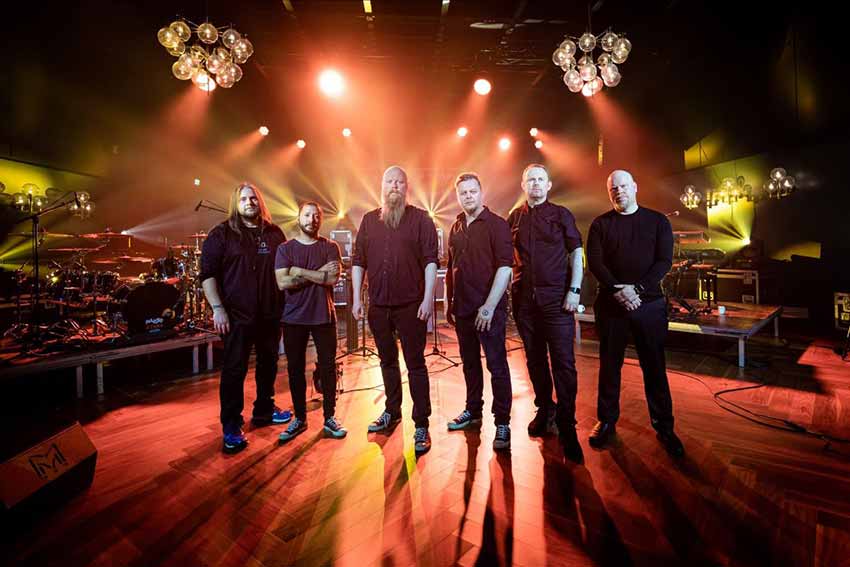 A press release states, “The video. which was originally recorded earlier this year for the Progspace Online Festival, will be premiered live via YouTube and is free to watch. The band will be doing a live Q&A in the chat. Fans can set a reminder to tune in at THIS LOCATION [embedded below].”

Vocalist Kjetil Nordhus says: “It has been yet another year of postponed and canceled shows for ourselves and most other bands around, and I cannot really explain how hard that has been for us. With this YouTube premiere we want to do something everyone can be 100 percent sure is going to happen. Our fans deserve that, and frankly so do we.

We put a lot of effort in this. The song was originally recorded for The Progspace Online Festival, but now we want to share it with everyone. It is recorded with hardly any monitoring, which was a new experience for us all. Maybe that is the extra nerve in this recording, which we are really proud of. The viewers will also meet Trond Breen for the first time with GREEN CARNATION. Trond was originally invited to do the acoustic shows last November, that were canceled, so he has been a member of the family for a while now. We are delighted to have him onboard for The Acoustic Verses Tour 2022.”

The presser adds, ““9-29-045” is taken from the remastered, 15th anniversary edition of the band’s 2006 album, ‘The Acoustic Verses!’ This anniversary edition, remastered by Maor Appelbaum, contains three bonus tracks and has brand new cover artwork by Lukasz Jaszak. This is the first time that ‘The Acoustic Verses’ is released on vinyl. The album is out now and can be ordered HERE.”

Also, Green Carnation will be hosting a two-hour radio special via Gimme Metal on Wednesday, December 15th, 2021 at 1:00 P.M. EST. In addition, the band will be present in the live chat and fans can tune in for free here.