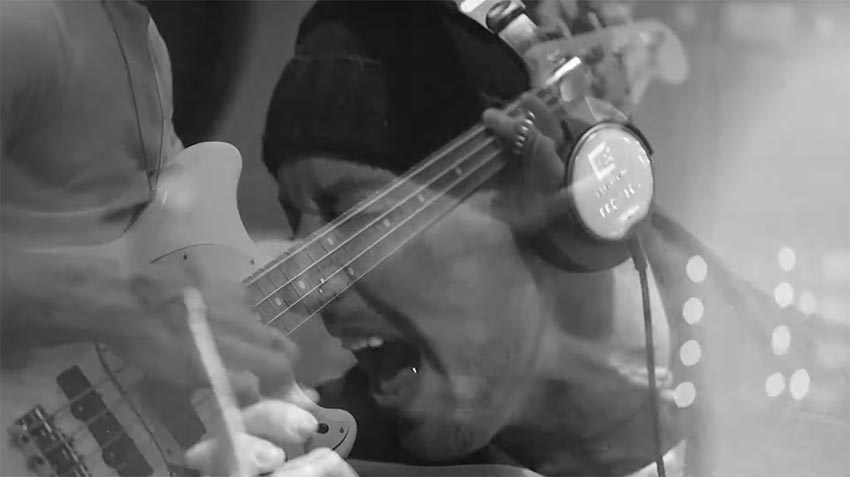 Greg Puciato (ex-The Dillinger Escape Plan, Killer Be Killed, The Black Queen) has unveiled an official video for his track “Don’t Wanna Deal” which you can check out below. The audio/video appears on Greg’s recent ‘Fuck Content’ online event, which you can still stream via Bandcamp and FederalPrisoner.shop.

Puciato shared of the new track: “I ‘Don’t Wanna Deal’ with having to come up with something to say about this song or video clip so I’m not gonna.”

“The 16-track Fuck Content album features five new songs not available on Puciato’s critically-acclaimed solo debut, Child Soldier: Creator of God, as well as live versions of ten of the album tracks,” notes a presser. “While all vinyl variants have now sold out, a collectible Blu-ray is currently available, as are limited-edition, Jesse Draxler-designed merch items (https://federalprisoner.shop/). Both the film and album are available digitally, with downloads available directly via the Federal Prisoner webstore, and album streams available across all major platforms.”