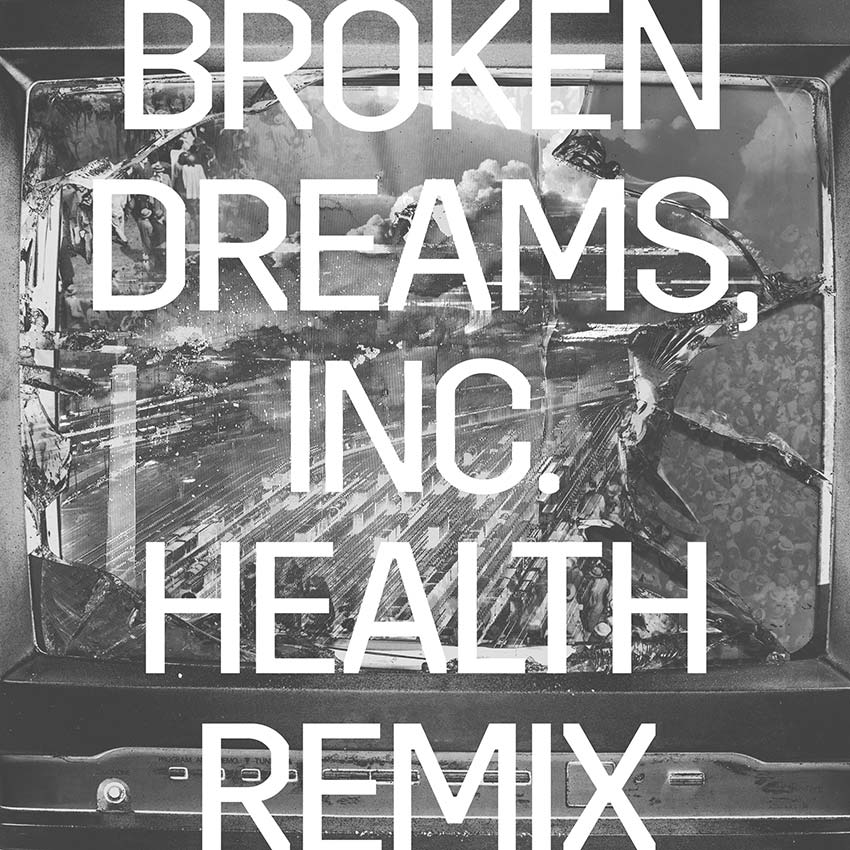 In one of music’s most unexpected match-ups, industrial rock mainstays HEALTH have remixed “Broken Dreams, Inc.” the fast and furious song by the socially outspoken, multi-Gold and Platinum punk rock band Rise Against. You can check out the remix here:


Musically, the original version is an aggressive and pointed musical diatribe, while the HEALTH remix is the sonic antithesis, with its hypnotic, dark and moody tones and Tim McIlrath’s urgent vocals cloaked in a sense of foreboding.

“Broken Dreams, Inc.” speaks to today’s changing landscape of American society, the opportunities that are available to some but not to others, the people who are able to benefit versus those who get left behind, who suffer and end up as casualties.
** How do we level the playing field to everyone can have a real chance at attaining the American Dream?

“We didn’t really know what to expect,” said Rise Against’s Tim McIlrath, of the remix,”but were all blown away by it. I was super impressed by the way they made the song their own. They found melodies in it that I didn’t anticipate, and they found some of the bone, the skeleton, and rearranged it; it worked and was really cool.”

Broken Dreams, Inc. Lyrics.docx
I have seen what you call progress
Every warning sign ignored
There’s a muffled voice of reason
But we can’t make out the words

When the city streets are barricaded
A chaos we ourselves created
When there’s nothing left, tell me where will you go?

When the factories are automated
Broken dreams incorporated
Gather your things, but there’s nowhere to go

We are children of lesser gods
Better angels, darker days
But we’re holding on to this cause
Like palm trees in a hurricane

When the city streets are barricaded
A chaos we ourselves created
When there’s nothing left, tell me where will you go?

When the factories are automated
Broken dreams incorporated
Gather your things
But there’s nowhere to go?

Was this place ever our home?
Were these lines ever our own?
Are we just reading from the pages
Just putting on a show?

Are you along just for the ride?
Keep all hands and feet inside
Will you steer us all to safety
So at least they know you tried?

Press release and lyrics provided by HER PR