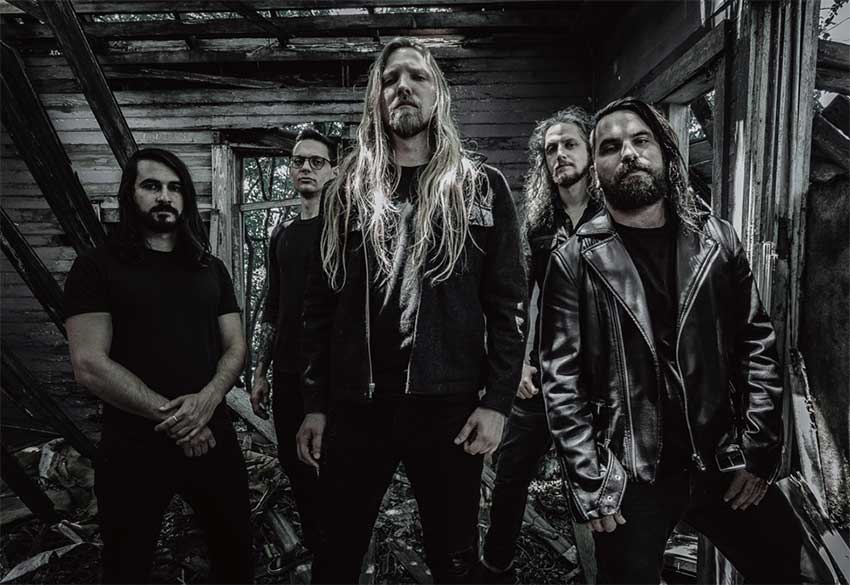 Austin, Texas-based melodic death-doom metal unit HINAYANA have been turning heads in the metal scene since their formation in 2014, starting out as a one-man band spearheaded by frontman Casey Hurd. Now, after releasing their crushing 2018 full-length Order Divineand subsequently securing the attention of Napalm Records, HINAYANA are poised to release their next musical offering – the crushing Death Of The Cosmic EP – set for release on August 28, 2020.

Vocalist/guitarist Casey Hurd states about the track:
“While writing “Cold Conception”, I wanted to create something more energetic than the other tracks on the EP while keeping the mid-paced, brooding/rhythmic sound that I enjoy writing the most. The song is about the aimless, cold, modern world man has created and somehow wandered into at the same time, and the accelerating journey to reach a point of no return where many civilizations have collapsed in the past. I’m honored to have been able to work with Nature Ganganbaigal of Tengger Cavalry on this track before he passed away, he was excited and enthusiastic about the project. The track features his horsehead fiddle playing, creating some of the most sorrowful and bittersweet moments the band has ever produced on this track alone, so much so that we all got goosebumps listening to his parts in the studio during the mixing process.”

Otherworldly and haunting while maintaining a crushing, colossal heaviness and peppered with undeniable groove, the Death Of The Cosmic EP emphasizes improved production and keen songwriting. Primarily self-produced by the band with mixing/drum recording from Kevin Butler and mastering by Swallow The Sun’s Juho Raiha, fans will also notice the new EP’s heightened concept in comparison to the band’s previous releases.

Opening title track “Death Of The Cosmic” sets off with optimistic ambience, quickly blasting into an ethereal universe of blazing leads and acoustic soundscapes capped by vocalist Casey Hurd’s deep, menacing growls. “Cold Conception” rushes in with melancholic energy before transforming into a dark, galloping anthem accented by the Morin Khuur stylings of late Tengger Cavalry mastermind Nature Ganganbaigal and a melting solo from Erik Shtaygrud. Mystic instrumental interlude “Yet Here I Wait Forever” showcases the dynamic, softer side of HINAYANA before picking back up with the stunning down-tempo gripper “In Sacred Delusion”, featuring a guest appearance from Toni Toivonen (Hanging Garden). Death Of The Cosmic closes with the sorrowful 5-minute epilogue “Pitch Black Noise” – not only proving HINAYANA’s identifiable auditory trademark of melding tranquility and thunderous intensity, but also underlining the existential depth of their lyrical approach.

Casey Hurd adds about the EP:
“Death Of The Cosmic is based on the severed connection between ourselves and the cosmic, spiritual force in the universe and the loss of hope for the cold, modern world man has created in nature’s place. Sonically, we wanted to make something that was beautiful but crushing at the same time, demonstrated in the title track of this EP, which in concept might be viewed as a microcosm of the whole EP itself. Something we tried to do was stray away from some of the more cliché elements of melodic death metal and instead focus on what is the very root/core of HINAYANA and what gives the band its own sound.” 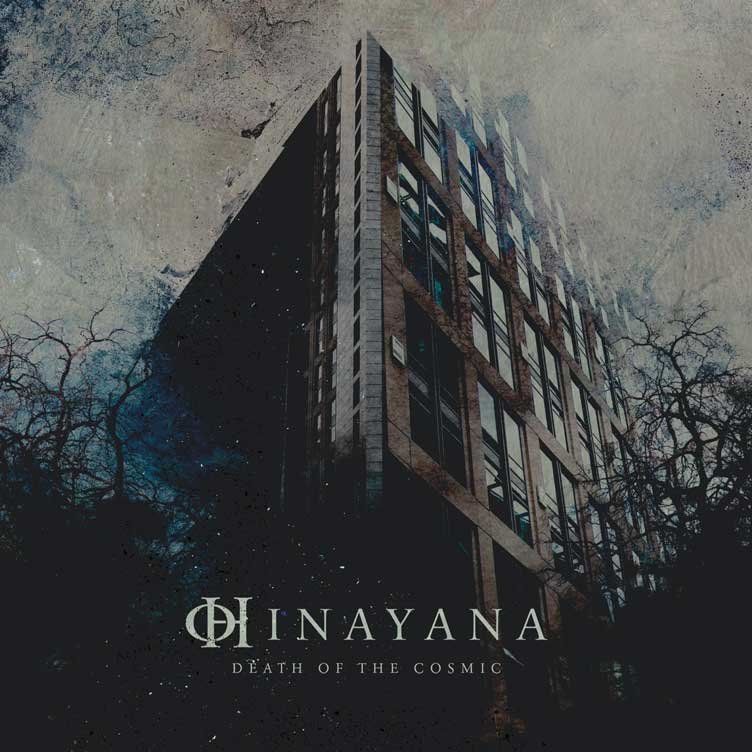