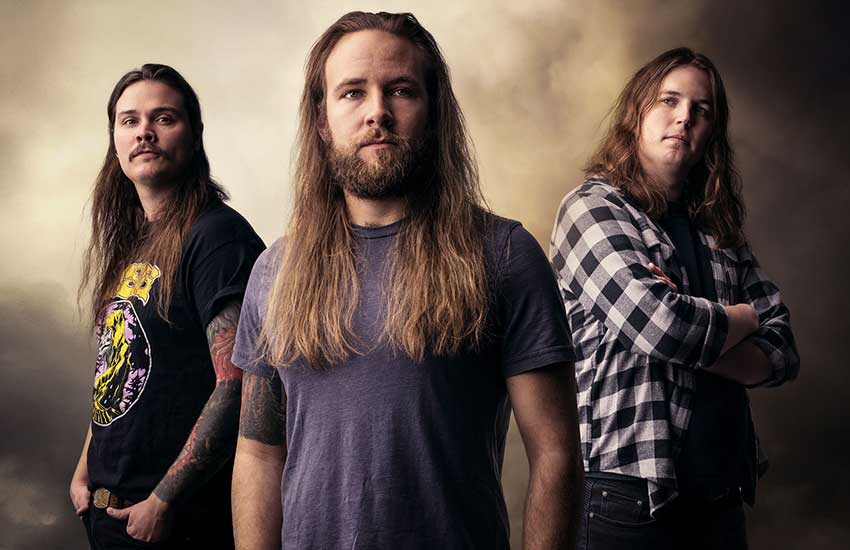 Cosmic stoner-rock trio, HOWLING GIANT has teamed up with MetalInjection.net today to reveal an 8-bit style music video for their single “Comet Rider.” The track is found on the band’s epic metaphysical sci-fi saga The Space Between Worlds, that’s available now from Blues Funeral Recordings.


Commenting on the new video and developments in their galactic takeover, the band states:

“Our friend Jackson Miller is a master animator and one-man wrecking crew, and has been working on this sick video for lead track “Comet Rider” from our album ‘The Space Between Worlds,’ released last year through Blues Funeral Recordings. We’re excited to finally be able to share it with the good people of Earth!

We’ve also been keeping busy during the pandemic. We recorded a concept split album with Sergeant Thunderhoof from the UK, scheduled to hit shelves on August 7th through Ripple Music. [Guitarist/Vocalist] Tom did a Rig Rundown with Premier Guitar, and we recorded a live video for Comet Rider from our Corona-Bunker. We’ve started writing a bunch of new music, and while we don’t have a date set for a new album, it’s been awesome to get to devote so much time to some fresh hot tracks. And we have two covers coming early this Fall through Magnetic Eye’s Redux series, a cover of Alice In Chains’ Rooster and our version of Black Sabbath’s Lord of this World. Doing our best to keep the riffs flowing!”