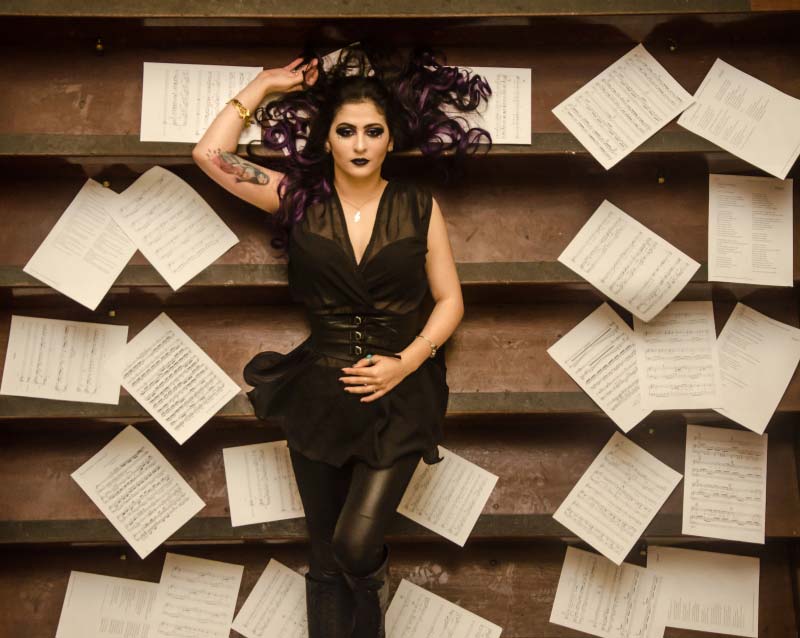 Brazilian vocalist Ingridi Verardo is currently teasing her second single, “Read Between The Lines,” which will be officially unleashed on September 1st. The song is featured on ‘Imperfection,’ her debut full-length album which comes out at the end of this year.

“Imperfection” alludes to the fragility and experience of recording an album for the first time. In addition to the singles “28 Days” and “Read Between The Lines”, the album will have a total of eight tracks and will address personal themes from Ingridi’s life, with a sound inspired by her influences that include symphonic metal, anime tracks, opera and musicals.

About the single, Ingridi stated:

It has something much more personal than the previous song. As can be heard on ’28 Days’, I am proud of my scars but in this one, talking about a ‘relationship’ that existed and didn’t exist is much more difficult because I’m not used to share these stories with anyone. ‘Read’ is a mix of good memories, but also recurring thoughts of how I wish that distance didn’t keep us that far from each other and it didn’t have a double life.