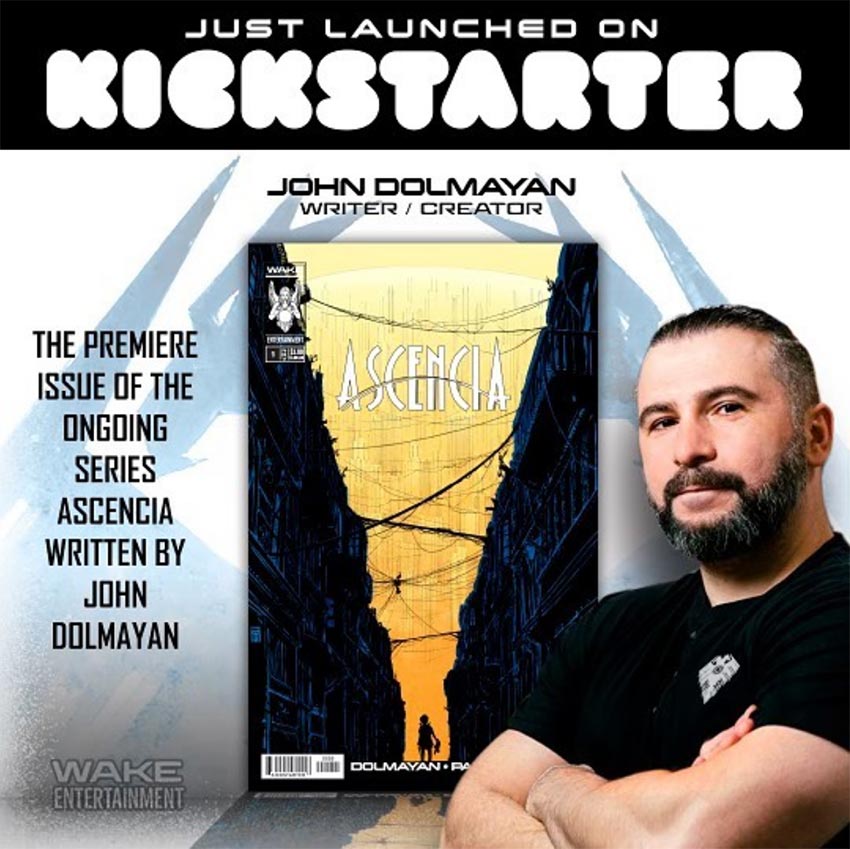 Lebanese-born, Armenian-American writer, artist, and drummer for System of a Down, John Dolmayan has launched a Kickstarter campaign to help fund his new ‘Ascencia’ comic book series, which features artwork from Tony Parker and coloring from Blond The Colorist, along with special cover art contributions from Jim Lee, Simon Bisley, Ben Oliver, and Frank Cho. It should also be noted that Dolmayan owns a comic book store in Las Vegas, NV dubbed Torpedo Comics.

“I’m proud to announce the premiere issue of my ongoing comic book series Ascencia,” stated Dolmayan on social media. “Drumming has always been an incredible passion of mine, and I would like to share another lifelong passion: storytelling. Being a collector (and massive fan) of comic books, I thought it fitting that my first published work be in the medium that has brought me so much joy. Together with artist Tony Parker, I’m launching a Kickstarter to introduce you to the world we’ve created, and to join us on the journey of discovery as the story unfolds. A portion of all proceeds will be donated to the Armenia Fund and other worthy organizations benefitting those in need.”

“Issue #1 is fully completed (story, art, colors, and lettering),” noted the crowd-funding post. “All that’s left is for the project to be funded and for printing to commence.” Backers of the project can choose to pledge without a reward, or can choose from various priced tiers that include sweet perks like limited edition variant covers of Ascencia #1, signed lithographs, special original sketches and more. A digital download of the first issue of the comic series will set you back a measly 5 bucks.

The Kickstarter campaign officially took off earlier today and in just a few hours has already smashed its crowd-funding goal of $15,000. As of this posting, the campaign is sitting at a little over $17,000 with 29 days to go. “Wow…A serious heartfelt Thank You to everyone who has backed this project so far! It has taken years to get here and I couldn’t be more excited to finally be unveiling this project to you all,” said Dolmayan in a follow-up post. “To have reached our first backer goal in under 2 hours is absolutely amazing and I know that you all will enjoy Ascencia as much as I have enjoyed working on this incredible journey for all of you. Please continue to help my team and I get the word out about Ascencia, so we can reach as many people as possible. Thank you all for supporting us on this journey!” 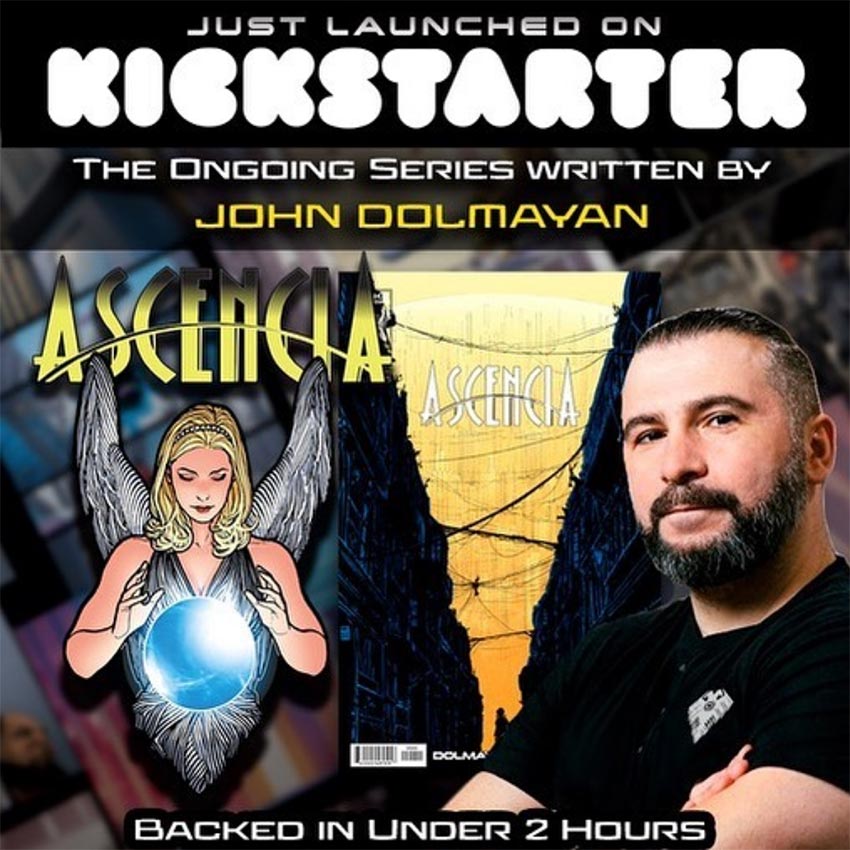