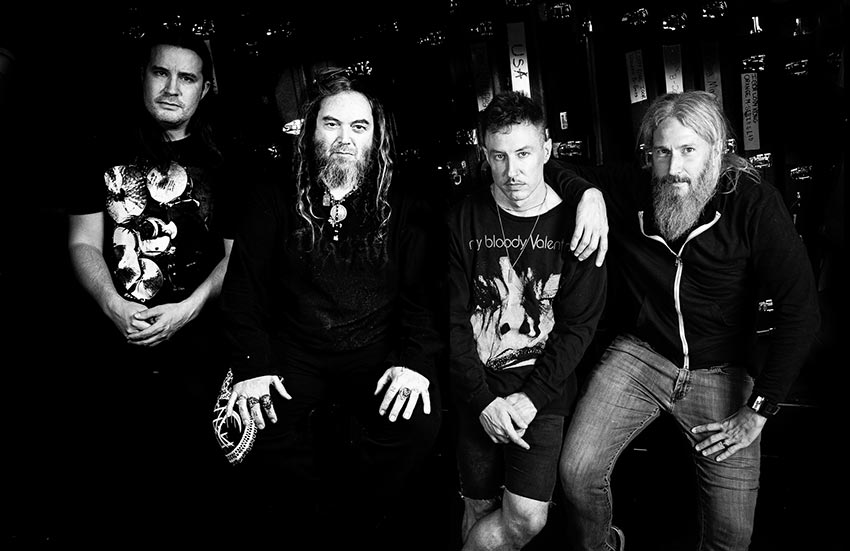 Metal supergroup Killer Be Killed – consisting of Max Cavalera (Soulfly, ex-Sepultura), Ben Koller (Converge, Mutoid Man), Greg Puciato (ex-The Dillinger Escape Plan, The Black Queen) and Troy Sanders (Mastodon, Gone Is Gone) – have officially unleashed their sophomore full-length album, ‘Reluctant Hero,’ which was produced by Josh Wilbur (Lamb of God), via Nuclear Blast Records (get it). Today, the band have released an animated video for their new single, “From a Crowded Wound,” which you can check out below.

Koller said of the track: “’From a Crowded Wound’ is the creeping punisher on this record, a lumbering steamroller laying a trail of sleek acid slime from beginning to end.” “Costin Chioreanu, who has previously worked on videos for Ghost, Napalm Death and Corrosion of Conformity, created the visually stunning clip,” adds the announcement.