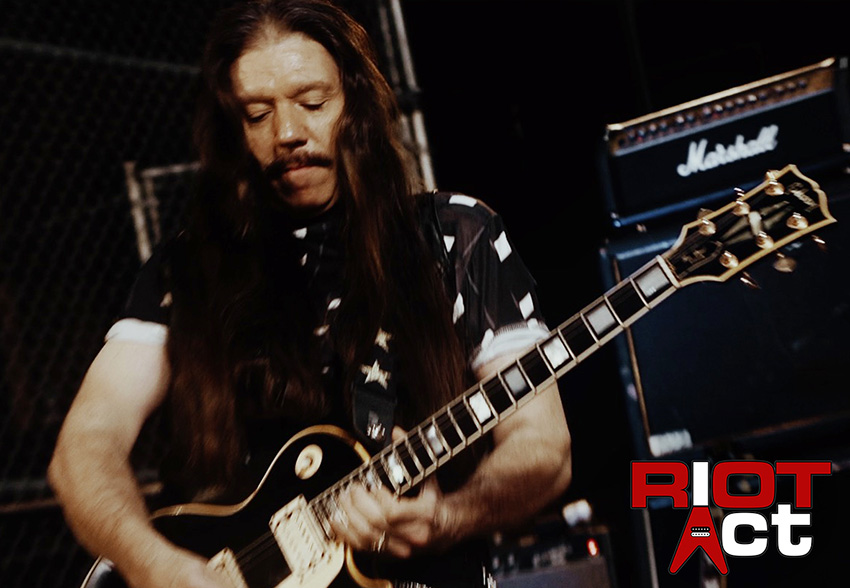 Guitarist Louie A. Kouvaris aka L.A. – of Riot (now known as Riot V) and Riot Act fame – has died. Reports are indicating it was due to complications of COVID-19, though no official word on cause of death has been confirmed.

Lou (LA) Kouvaris (RIP)
RIOT has lost another brother. Lou played on the very 1st Riot record “Rock City” and performed with the current lineup many times as we are Family. We are saddened by his passing and continue in his and the Riot family honor!
Rest in Power Lou! Now start working on music with Guy Mark and Rhett! Shine on Warrior!

Here’s more on Lou from his official bio on RiotActBand.com:

Lou A Kouvaris is a world renowned guitarist Born in Piraeus Greece And is best known as the First original Guitarist and co-songwriter for The Heavy Rock/Metal band Riot. Along with Guy Speranza and Mark Reale, L.A co-wrote several of Riot’s anthem style songs on both their debut album “Rock City” and the second album “Narita” which took Japan and Europe by storm.

Rick & Lou are both inductees of the Hall of Heavy Metal History !!!