Illinois deathgrind/thrash pros Macabre recently announced their new full-length album and first record in almost 10 years, ‘Carnival of Killers,’ which is set for release on November 13, 2020 through Nuclear Blast Records (pre-order). To coincide with the LP’s reveal, the band released new track “The Lake of Fire.”

Keeping the momentum rolling, the band have unleashed another new song in the form of a music video for “Your Window Is Open” — stream it below.

The video was helmed by award-winning filmmaker, Ryan Oliver who’s previously directed videos for “The Atlas Moth,” “Bill & Phil,” “Child Bite” and “Lair of the Minotaur”. The video was produced in hand with his colleagues at The Rot Shop, a fabrication and FX shop in Chicago where the same group has previously made props and FX for many artists including MINISTRY and METALLICA.

I haven’t done a song about Richard Ramirez for more than twenty-five years, so I thought I would write a new one. He was evil enough to warrant a full concept record as we did with Dahmer, but Carnival Of Killers is all about variety.

Here’s more on the upcoming album:

Carnival Of Killers was recorded and mixed by Tomek Spirala of Studio1134 with the exception of drum tracks as he recorded them at Kiwi Audio with the help of Mark Walker. The mastering of Carnival Of Killers was handled by J.F. Dagenais at JFD Studios in Dallas, TX. The “Where’s Waldo” meets serial killer album artwork was created by Corporate Death (lead singer | guitarist Lance Lencioni) and artist Laz Gein and highlights the album’s most memorable references.

Stream “Your Window Is Open”: 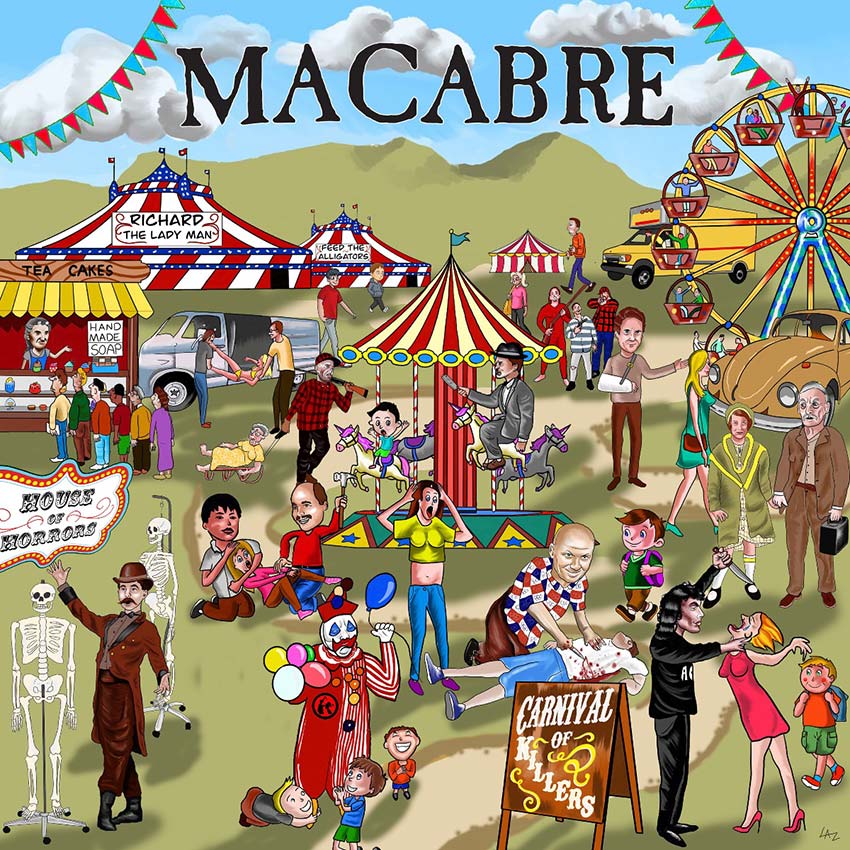