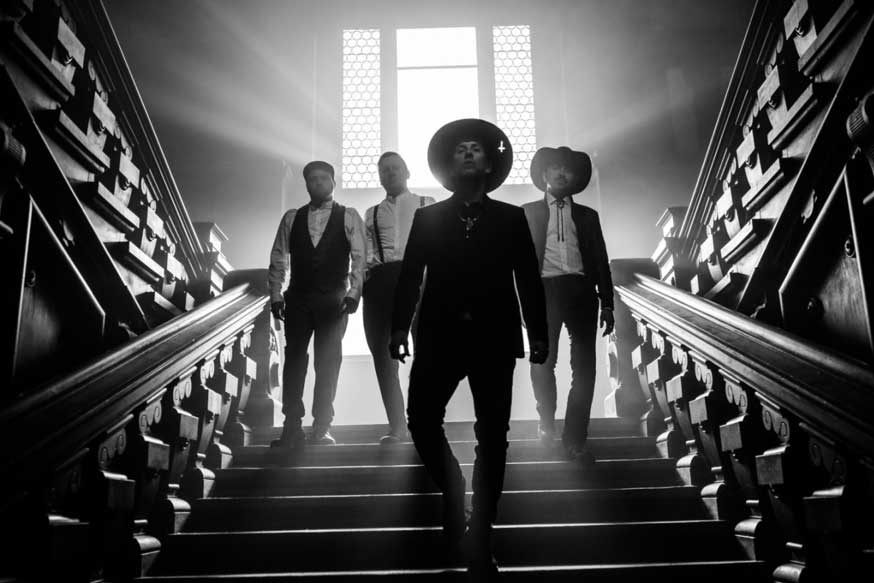 Of the track/video, Nergal says:

‘Confession – an ode to gunslingers and saloon singers! The ending will surprise those who aren’t aware of my other half and I hope it will put a smile on the faces of those that do; a statement, ME AND THAT MAN is limitless and capable of anything. ‘That Man’ for this one, Niklas Kvarforth. I sent Niklas a demo; my voice and lyrics and suggested he change anything he felt he should… only two words from the original demo version remain and happy to report, his version is way better! Some people compared his performance to Peter Steele… that gives me some ideas for the afterlife! Enjoy!