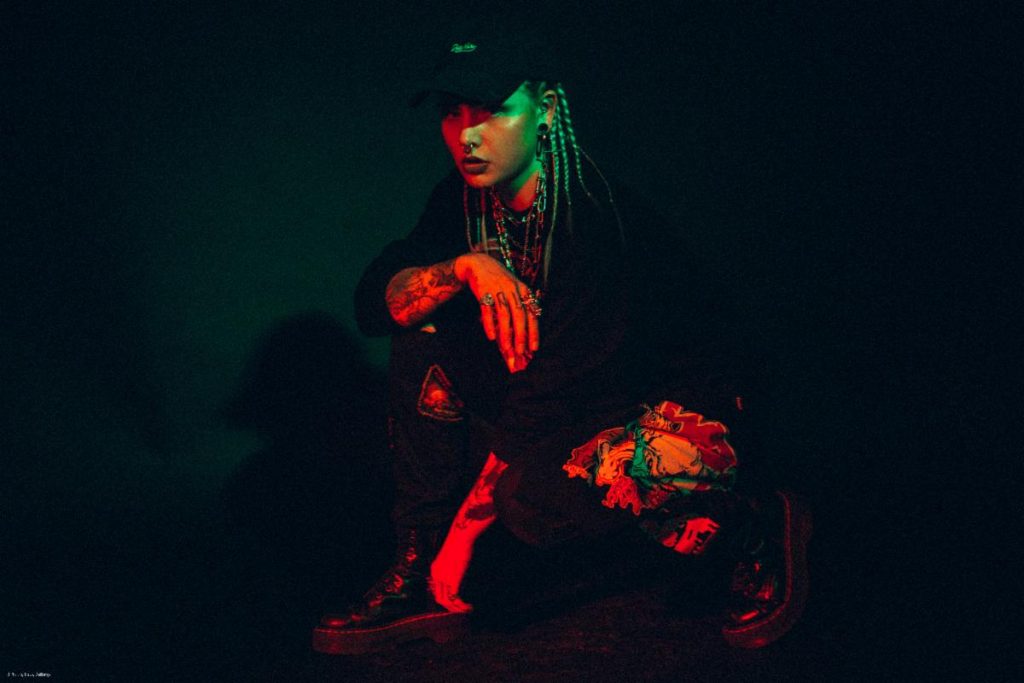 
“I passed out straight after this shoot,” states Mimi Barks about the music video.

“Diversity in Extremes” – Century Media Records has always stayed true to their original motto offering a diverse range of extreme music. In 2020 this means another facet by throwing the London based Trap Metal artist Mimi Barks into the mix.

Mimi Barks kicked off her career in Berlin where she started experimenting with a unique mix of trap and metal, adding her trademark ferocious and raspy vocals. After relocating to London in 2019 she finalized her debut solo EP Enter The Void that added a female twist to a male dominated scene. Since Century Media Records has always been a breeding ground for female artists we are more than happy to welcome another visionary that is oscillating between genres.