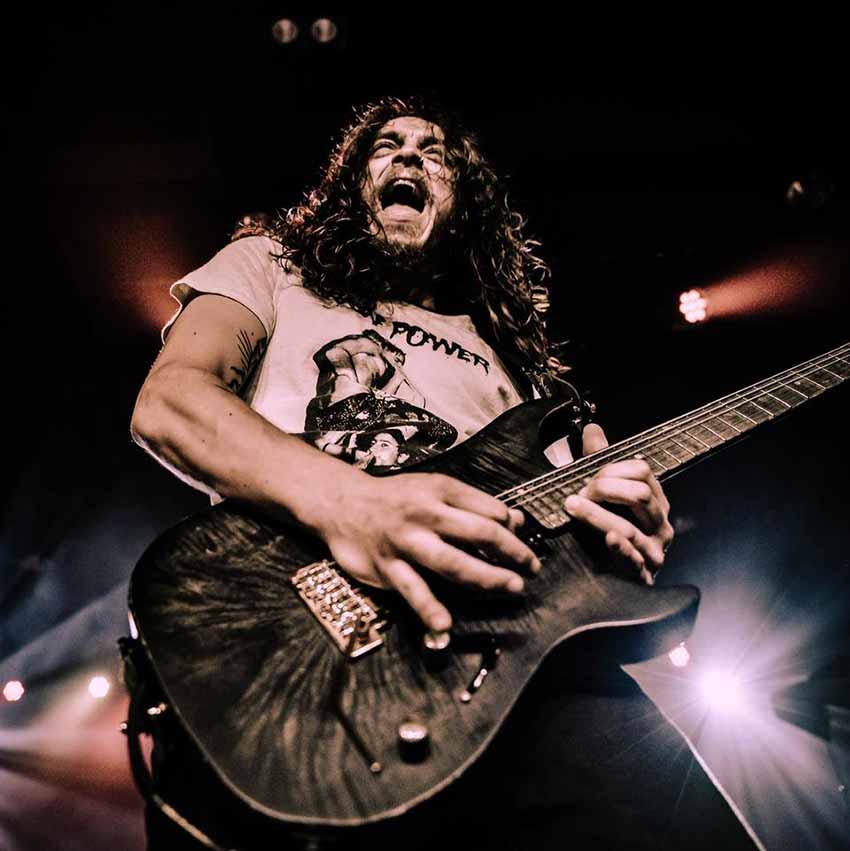 Guitarist Nick Lee of Long Island, New York-based progressive metal band Moon Tooth is currently in a medically induced coma after suffering multiple seizures, the band has confirmed. Nick fell and hit his head on July 21st after suffering from a seizure during band rehearsal. Nick continued to experience seizures every night since then, and was eventually intubated and put in a medically induced coma in order to allow his body a chance to repair itself. A statement from the band released today, July 29th, reads as follows:

It’s been a week since we made the announcement we would have to be dropping off the Cave In show at Gramercy Theatre due to an emergency. While it wasn’t very detailed, we went through an intense and honestly terrifying experience with one of our members. We were hoping that by this time everything would be back to “normal,” and Nick Lee would be able to address the situation and explain everything to you on his own. Unfortunately, that is not the reality at this time. It’s not easy to write this, and there is no way to sugarcoat the situation so we’re just going with honesty.

On Thursday afternoon (July 21), we met up for rehearsal and to prep for the following night’s show. Nick seemed like his normal self but mentioned how exhausted he was and how he had been sort of foggy and confused the last 24 hours. We agreed to run the set but finish early so he could get some rest and sleep it off. While setting up our gear we were walking in and out of the rooms at the studio and at some point, Nick had fallen and hit his head. While looking through security camera footage after the fact, we learned that Nick had a seizure and fell hitting his head on a bass drum. We had found him just moments after it had happened, and immediately called an ambulance to rush him to the nearest hospital. By the time the EMT’s arrived he had suffered a second seizure.

Here we are a week later, and sadly things have taken a turn for the worse. He has been suffering from seizures every night escalating to the point of needing to be intubated and essentially put in a medically induced coma to give his body a chance to heal. The doctors continue to take many tests to properly diagnose Nick while keeping him as stable as possible in order to heal. The cause of all this still remains unclear, and a very confusing situation as it came out of nowhere. Nick has absolutely no history of medical problems like these. Aside from the grind of touring life, Nick lives as healthy a lifestyle as anyone. We have all seen him running, climbing, and jumping on stages all over the country, occasional yoga, hiking, etc.

Nick’s fiancé, Lianna, and his family have been at his side the entire week. Providing as much love and comfort as humanly possible. Keeping us updated as we all continue to navigate this whole ordeal.

If you had the opportunity to know Nick, you know he has always been loving, compassionate, and would do anything and everything he could to care for his friends and family. No matter what the situation he would always be there to talk and be leaned on offering any support and comfort he could. We can’t put into words how much Nick has done for the three of us, how he continued to inspire and push us to our greatest potential. Nick lives and breathes for what we do, and has impacted the lives of many with his love and art.

Now is the time to help our brother. While the doctors and hospitals are still trying to narrow down what causes his symptoms and bring him back to normal health, the medical bills stack higher and higher. It may take some significant time to recover from this as we are still getting more details. We wanted to start this campaign to get a step ahead of the matter, so he may focus on his health and returning to normalcy without the stress and burden of a massive amount of debt piled against him.

We know this is rough to digest, but we will all get through this together. Moon Tooth is family, and we will do whatever it takes to take care of one another. We love you, we’re here for you, and as always, we greatly appreciate your support.

Here’s a video message from the band regarding the matter:

Just this past May saw the release of Moon Tooth’s third full-length offering, ‘Phototroph,’ through Pure Noise Records.

Regarding the release of the new record, Nick previously stated, “It’s been a confusing and challenging few years leading up to this day but I’m deeply proud of these songs and even more so my brothers and our whole team for their unrelenting drive to do this thing against all odds. Thank you so much to everyone who has pre-ordered or who will stream it for giving us some of your time and brain space. We hope the album will be a good friend to you all and you’ll laugh, cry, rage, and hurl to it for many years to come.”

Fresh singles “Alpha Howl,” “Carry Me Home,” “The Conduit,” and “Nymphaeaceae” can be streamed below.