Swedish black metal occultists Mörk Gryning are finally making their way stateside for their first-ever U.S. jaunt. The outing, featuring great support from Arsantiqva, The Noctambulant and Promethean Horde, will ignite on April 28th in Brooklyn, NY at The Meadows, and will proceed to hit venues in Columbus, Chicago, Newport, Nashville, Atlanta, Tampa and more before concluding on May 9th in Philly at Kung Fu Necktie.

“—Eternal eclipse over North America🇺🇸🇺🇸🇺🇸— It is finally going to happen. See you very soon!!!” exclaimed Mörk Gryning via social media on Thursday, confirming that the band’s American invasion is officially a go. In case you missed it, Mörk Gryning were scheduled to set out on their U.S. tour debut in spring of 2020 with Arsantiqva in tow, but the pandemic arrived and the trek was pushed to spring 2021, and eventually moved again to 2022.

Well, the tour is finally happening and you should scroll down below to see if it’s coming to a town near you. Get more info and tickets HERE, and for a chance to win a pair of tix to any stop on the run, sign up via the form below and we’ll contact a winner on April 27th.

Sign up for a chance to win a pair of tickets to any stop on the tour. You can submit one entry per day. A winner will be randomly picked on 4/27: 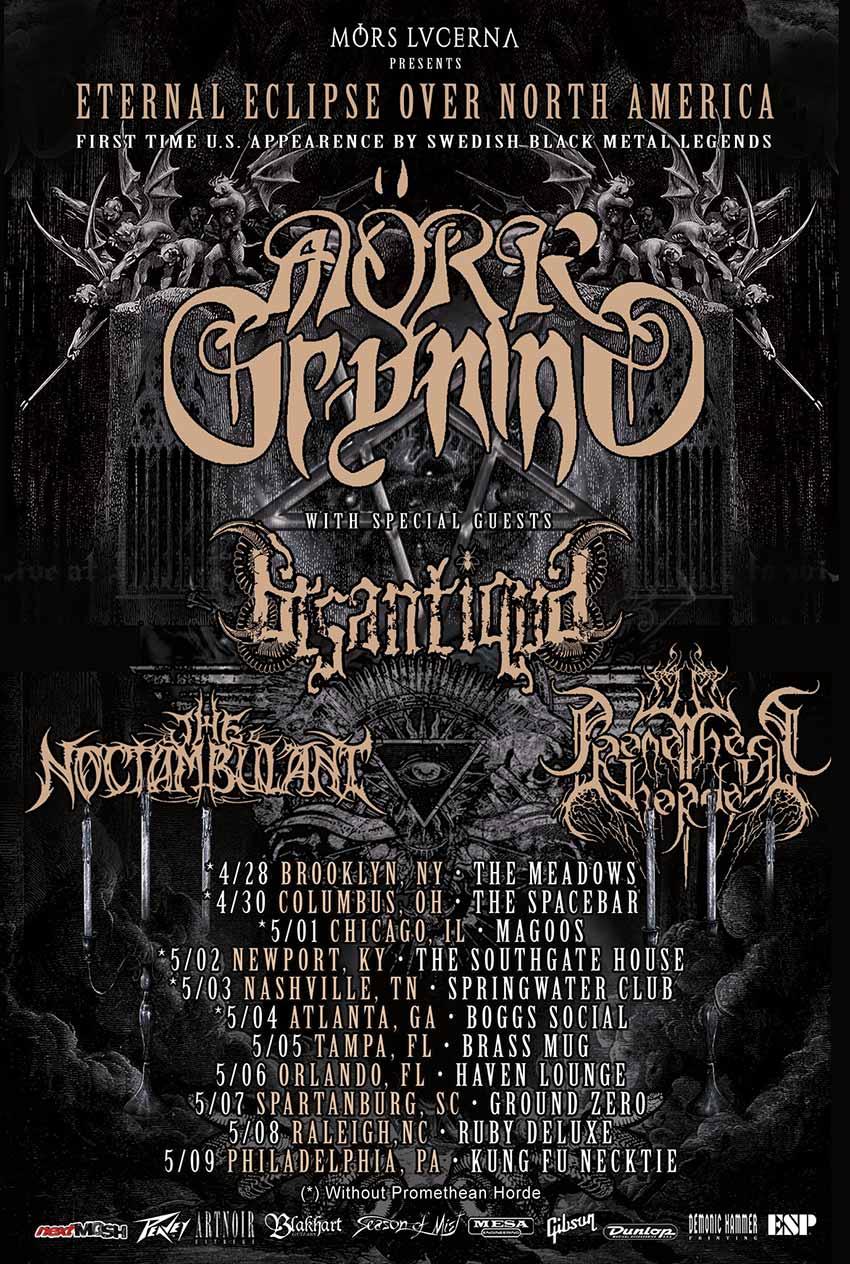