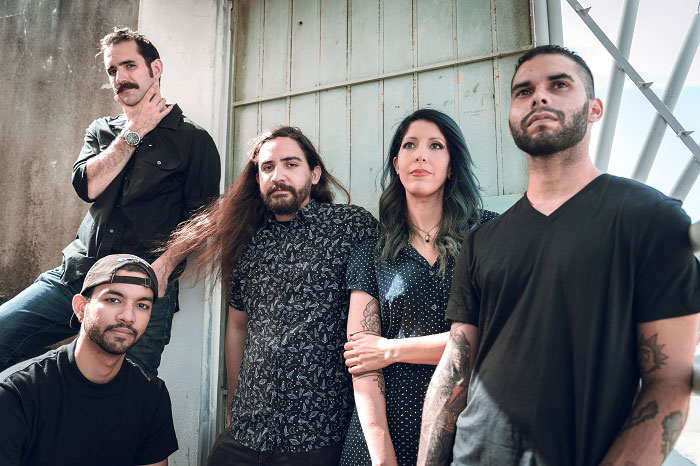 Moths and the Stone Eye have teamed up with Doomed and Stoned to stream the entirety of their split EP which is being released tomorrow.

Moths commented: “After not releasing anything for two years we’re very excited to release two new songs and being able to do it with the guys from The Stone Eye means a lot to us since they’re great band. We really hope people out there will enjoy them!”

The Stone Eye commented: “It was a fun opportunity to dust off the cobwebs and lay down some tracks with our good pals in Moths. Take this little release as a precursor for whats to come in the near future- enjoy!”

Listen to the EP here: [LINK]

Moths released their debut, self-titled EP on November 2nd, 2018, gaining attention from important music websites like Bandcamp, Heavy Blog is Heavy, and Dead Rhetoric, among others. The band embarked on their first mainland tour with a short run in the northeastern United States, where the band got a great response from audiences.

In June 2020, their track “Adhara & Ray” was part of the Stimulus Swim mixtape curated by Adult Swim, which had the band featured both in Adult Swim’s website and their TV programming. With Damaris’ aggressive but melodic vocals, Omar’s catchy riffs, Jonathan’s unorthodox leads, Weslie’s solid bass lines, and Daniel’s extreme drumming, Moths creates a perfect balance between heavy and cohesive music.

About The Stone Eye:

Rising from the ashes of absolutely nothing but the remnants of Uncle Earl’s canned Budweiser in 2014, The Stone Eye is an electrifying rock band from Philadelphia, PA. Combining elements of stoner, alternative, progressive, and garage rock comes a hard-hitting yet catchy style of music. Hell, we’d wager that there’s even more styles of music which they draw inspiration from. Crazy, right? Following a plethora of releases dating back to 2014, The Stone Eye is at it yet again with their latest full length record, Ventura. This one’s for you, Uncle Earl.