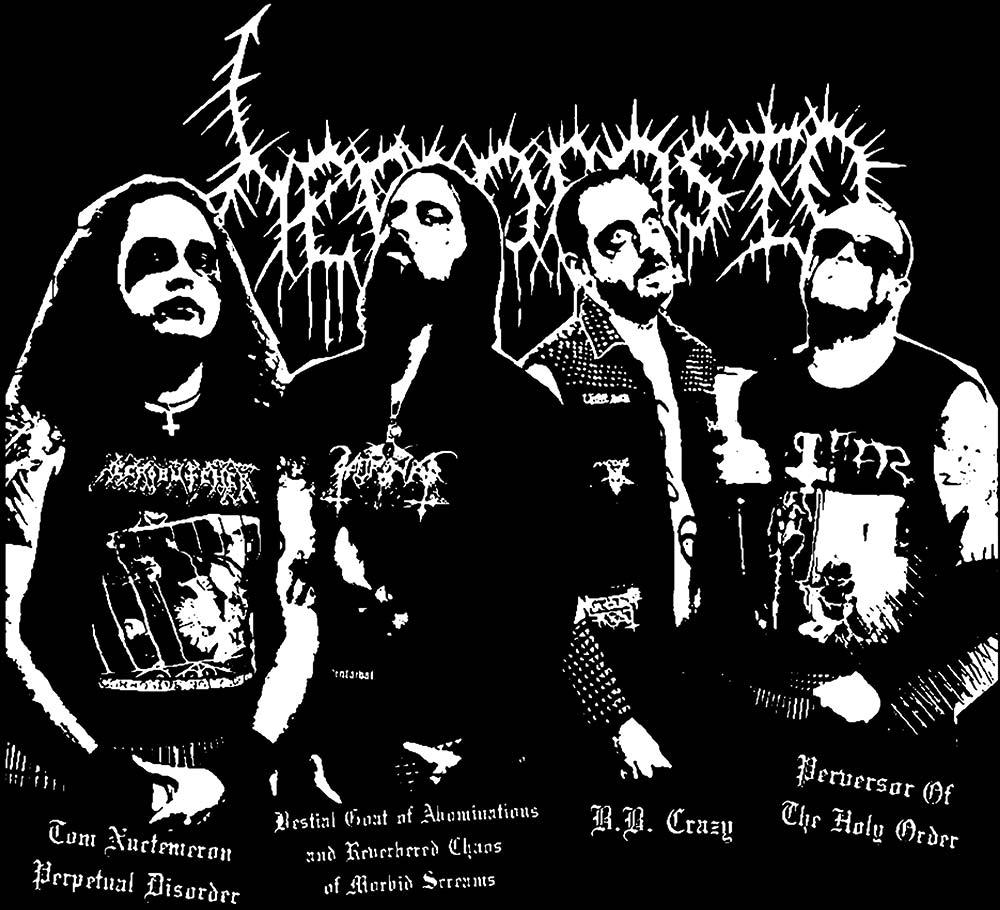 With its initial self-titled demo from 2017, Necrogosto introduced itself as a cult worthy of the rich Brazilian metal underground that its forefathers had pioneered decades earlier. Recalling the savagery invoked by its fellow countrymen in such fabled bands as Sarcofago, Sextrash, Necrobutcher, and Expulser, Necrogosto proved that it is indeed possible to recapture the sound and spirit of one of the most historically significant scenes to have ever impacted extreme metal.

Now, two years later and approximately one year since Nuclear War Now! reissued the demo, the same label and band conspire to bring us Necrogosto’s next atrocity, Ancestral Bestiality, an eight-track MLP that confirms the authenticity in style and sound first displayed on the demo. Like the preceding demo, these new tracks harken back to a particular time and place where the boundaries between the existing subgenres of metal were blurred, making clear distinctions between black and death metal difficult and somewhat futile to discern. Ancestral Bestiality succeeds in resurrecting this blend of styles that came to be known uniquely as Brazilian “deathcore,” which is not to be confused with the abomination to which the term is commonly applied today.

Like its inspirations from over 30 years ago, this recording is steeped in both the barbarity of primitive death metal and the evil of first-wave black metal, which in itself shared more characteristics of thrash than its more contemporary offshoot. This amalgam of influences, in combination with Necrogosto’s mutated interpretation of them, is what leads to the band’s unique variety of “satanic black noise.” Perhaps most emblematic of this concoction is “Intoxication and Ecstasy,” a track with clear parallels in composition and execution to Sarcofago’s infamous I.N.R.I. album.

However, where Necrogosto at times revisits the themes of chaos, demons, blasphemies and profanity, as done so masterfully by its forbearers, it also breaks this mold by including motifs like pre-Columbian evilness, mysticism, and historical anticolonial resistance. The result is one that both pays reverence to its ancestors and also drives the previously-established sound into new arenas, transforming Ancestral Bestiality from a reflection of a bygone era into a document of a new form of evil incarnated.

Cover and tracklisting are as follows: 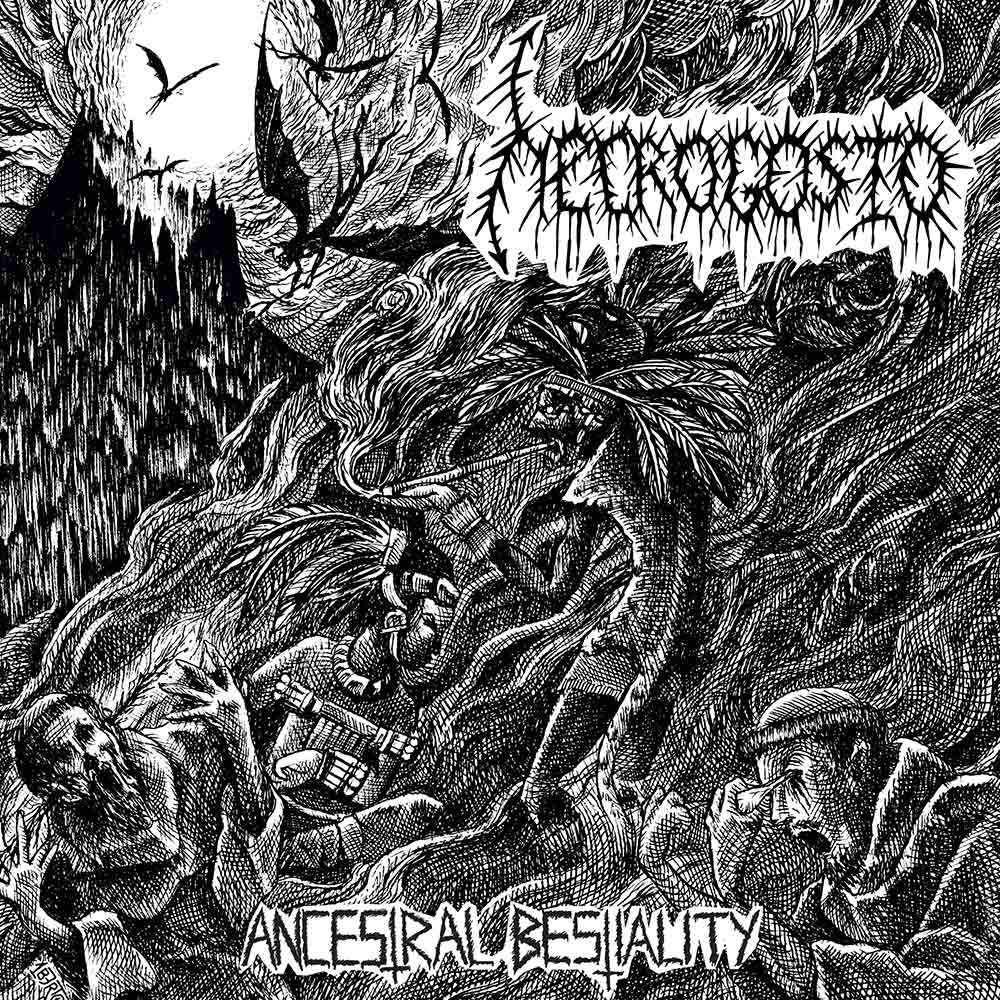