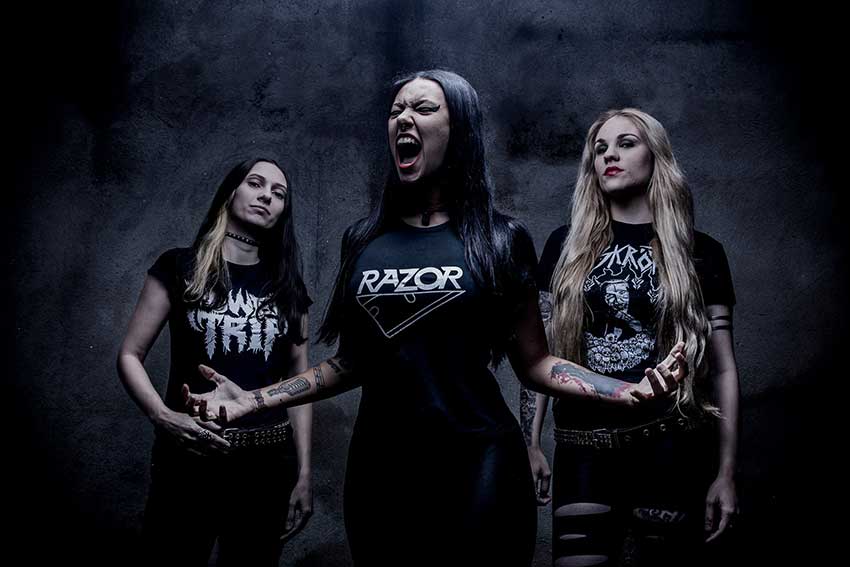 Brazilian thrash act Nervosa has announced the exit of bassist and vocalist Fernanda Lira, along with drummer Luana Dametto, leaving guitarist and backing vocalist Prika Amaral as its only current member.

Despite all the rumours NERVOSA will continue!

Fernanda and Luana are no longer part of Nervosa, they decided to leave the band.

There are many reasons and each one of us has their own but since 2 years Nervosa has not been the same and we were all trying to keep the band alive, each of us doing their best, without exceptions.

We want to give the best to our fans and that is simply not possible anymore!

NERVOSA would like to thank everybody that were a part of the band for the dedication and wishes the best of luck!

Please stay tuned, the new members and many other news will be announced soon!

Thanks for all the support!

2018 saw the release of Nervosa’s third studio full-length album, ‘Downfall of Mankind,’ via Napalm Records. Last year, the band released a stand-alone single on the ‘Metal Swim 2’ compilation dubbed “Freakshow” (check it out below).