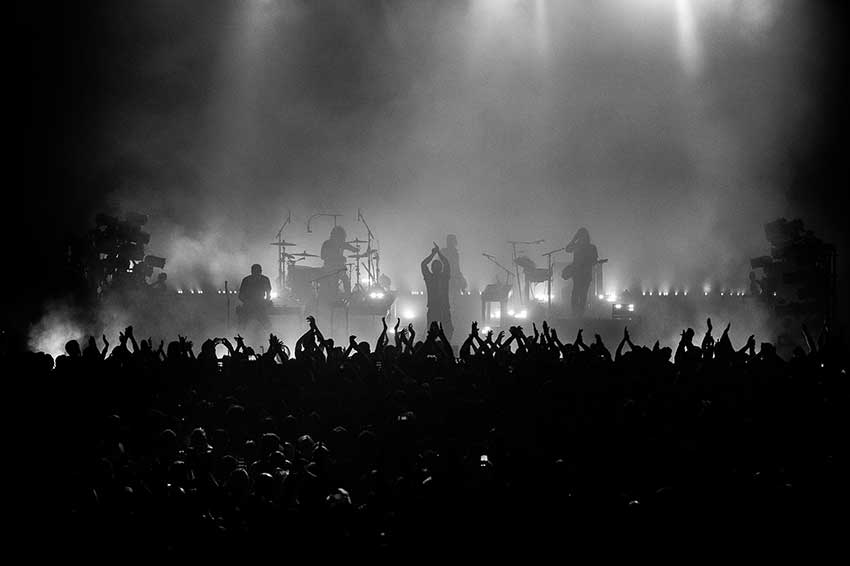 Trent also noted that the band had plotted a North American tour for this fall with Jehnny Beth, but of course, that is no longer coming to fruition due to the current global situation.

Reznor also touched base on future plans, which includes scoring projects, new NIN music, the possibility of shows in 2021, and more.

I was just reminded today marks the two year anniversary of when we made you show up in person for the Cold and Black and Infinite tour. Strange to think about with the world the way it is now. I look forward to the day we can once again safely be in the same space and share the experience of screaming at the top of our lungs at each other.

Speaking of which, I suppose I can let you know we HAD a tour booked this fall that continued and expanded Cold and Black and Infinite. Jehnny Beth was coming along with us. We were excited. I’m bumming myself out right now. The what-could-have-been dates are below and we had some merch for that tour in production that we’re putting in the store with all of NIN’s profits going to local food banks in the cities we were going to play. http://smarturl.it/NINOnlineStore

The current plan is to finish up some scoring projects, work on my limited patience skills, deep dive into new NIN material, and hopefully be playing music live for you in 2021. In the meantime… listen to Jehnny’s record (comes out June 11), continue to listen to Bowie, and don’t be too hard on yourself.

P.S. How in the fuck did you pull this off?