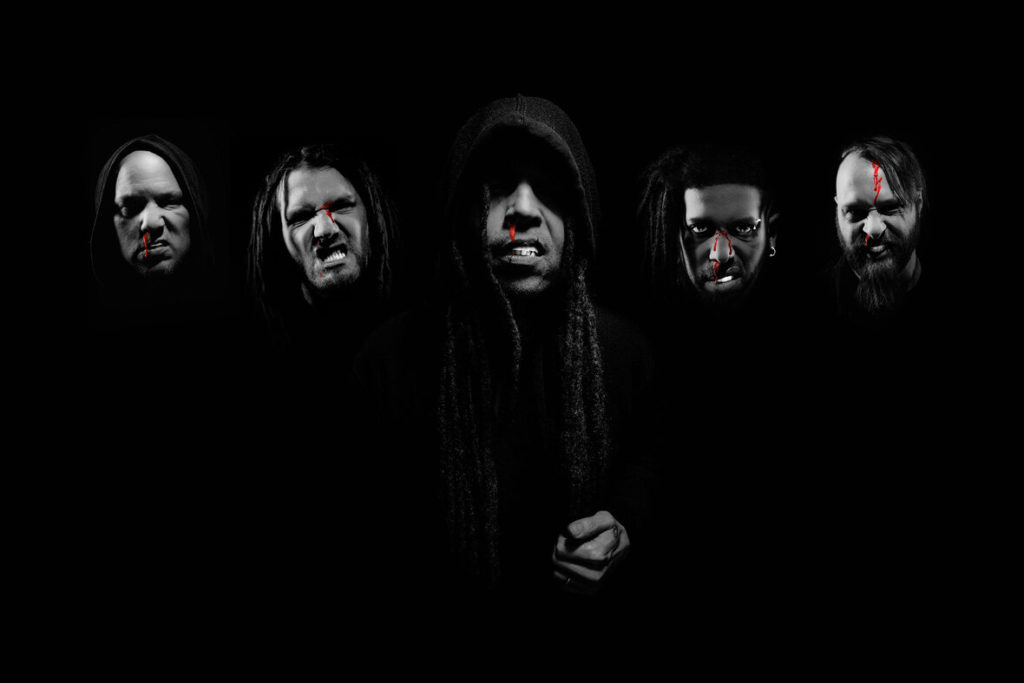 In less than a month Nonpoint has broken every record in it’s charting history. Now on June 7th they are poised to do it again with the release of their most brutal music video ever. The highly anticipated official music video for “RUTHLESS” premieres on YouTube today at 3pm Eastern.

The team at 361 Degrees Records mentions that, “When Elias presented the concept to the label it was so brutal we honestly weren’t sure if it would even get played. Now that it’s done we realize it’s exactly the video they needed to do and the definition of RUTHLESS.”

The band has never done a video like this before, but says it was like being on a movie set with Director Francesca Ludikar at the helm leading moment after bloody moment of this fast paced, heart pounding roller coaster of a video. “We’re aiming for the temple, swinging for the fences and making heads rock in this one. Only one of us will be left standing in the end.” says the band.

The concept was written by singer Elias Soriano and even he warns viewers, “This is what happens when you take an infectious riff, athememic lyrics, an aluminum baseball bat, some duct tape, and a grudge, put it in a blender and serve it cold blooded.”

Nonpoint released the title track, “Ruthless,” off of their upcoming EP to all digital outlets in May through the band’s very own label 361 Degrees Records LLC and was this year’s featured track on AEW’s “Blood And Guts” on TNT.