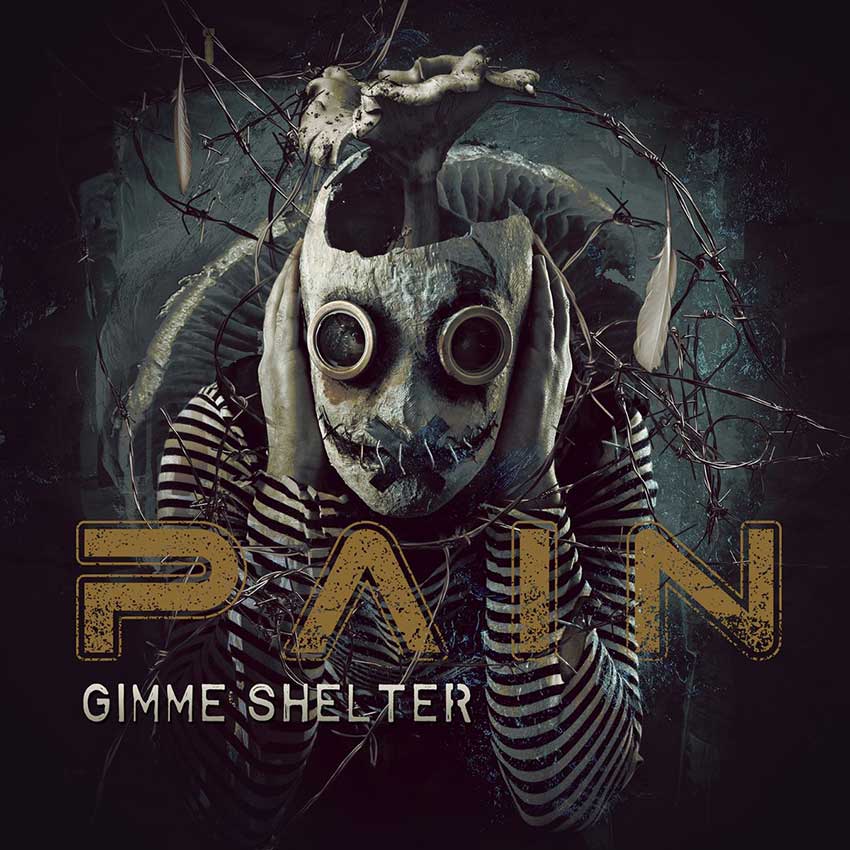 Ludvika, Dalarna-based one man industrial metal act Pain (masterminded by Peter Tägtgren) has released his cover of “Gimme Shelter,” which was made famous by rock legends The Rolling Stones — stream the tune below in official music video form.

Regarding the single, Peter says, “I had an idea of covering ‘Gimme Shelter’ for years… And now it feels like it’s the perfect time to do it – ’cause today this song appears as important as it was when it first came out 52 years ago. Back then it was the Cold War, today it is the war on Covid.”

Here’s more info from a presser, “PAIN is the brainchild of musician, producer, and composer Peter Tägtgren – Sweden’s finest industrial metal export. His life has been immersed in music, in pushing boundaries and taking ideas to both their logical and illogical extremes. It’s been a career that has involved fronting bands – notably iconic death metal veterans HYPOCRISY, and PAIN – or shaping their sounds – as he has done with CELTIC FROST, CHILDREN OF BODOM, DIMMU BORGIR, and IMMORTAL amongst others. It’s a calling that has made him one of Europe’s most respected musicians and producers. For the recordings of “Gimme Shelter”, he has been joined by his son Sebastian Tägtgren playing the drums.”

Also Check Out: Paradise Lost to release ‘At The Mill’ live album