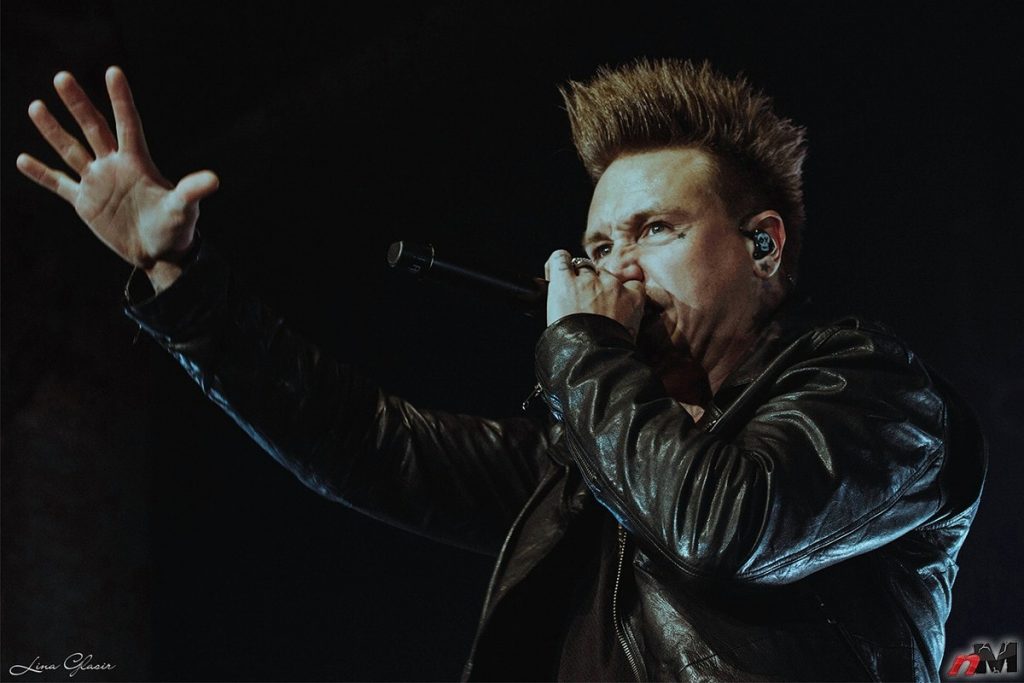 Papa Roach have confirmed the cancellation of their European trek with Hollywood Undead and Ice Nine Kills.

To fans that purchased tickets to our European tour with Hollywood Undead and Ice Nine Kills:

Because there is still a good deal of uncertainty as to when local governments will lift their restrictions of large public gatherings, when venues will be allowed open to host shows, and when the risk to the health and safety of the general public will be decreased, the timely rescheduling of our shows in Paris, Tilburg, Dusseldorf, Hamburg and Copenhagen has been unsuccessful.

These perils are unforeseen by all of us, outside of our control, and as such we have no choice but to cancel the remainder of the European Tour. We appreciate your support and encourage you to contact your vendor or point-of purchase for a full refund or other options you may have for your hard earned cash.

We had a blast on this tour and look forward to seeing you in safer times, but In the meantime, please mind your local government orders and support those on the front lines who are still working hard to keep us safe every day. 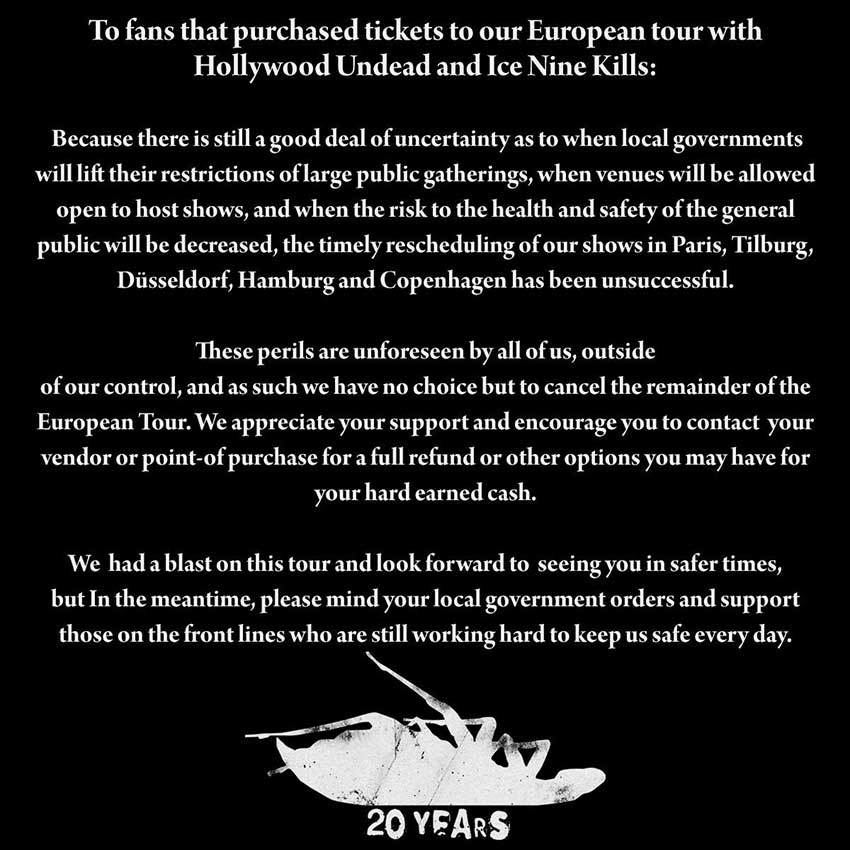