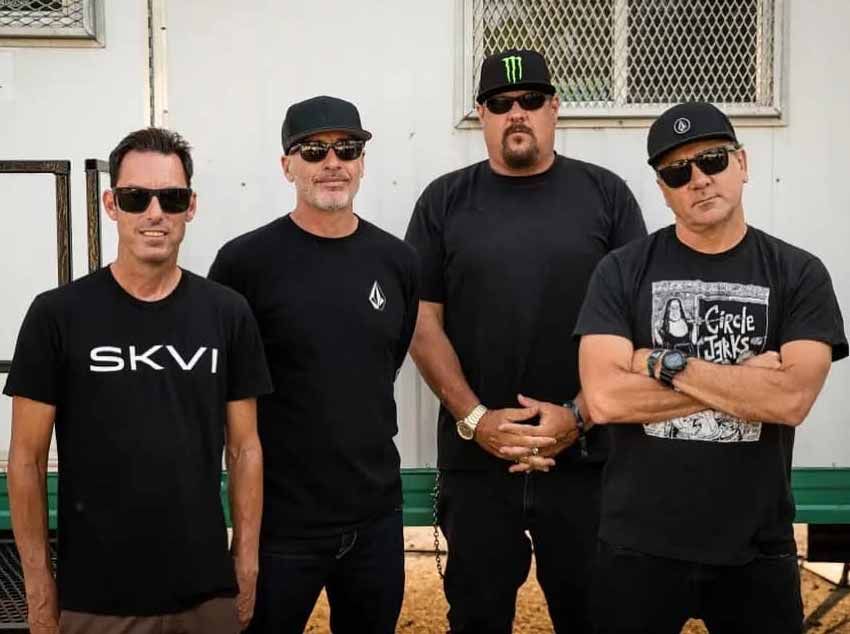 South Bay punk greats Pennywise have announced plans to take over Orange County’s Garden Amp in Garden Grove, CA to perform their first five albums in full. The gigs will take place over two weekends in March, and the band have invited special guests to join them for these intimate shows. See more info below.

Founding guitarist Fletcherr Dragge states, “We’ve had a great time playing album shows in the past, so why not do the first 5 PW albums back-to-back in a venue that feels like a backyard party? This might kill us but at least we’ll die trying….” 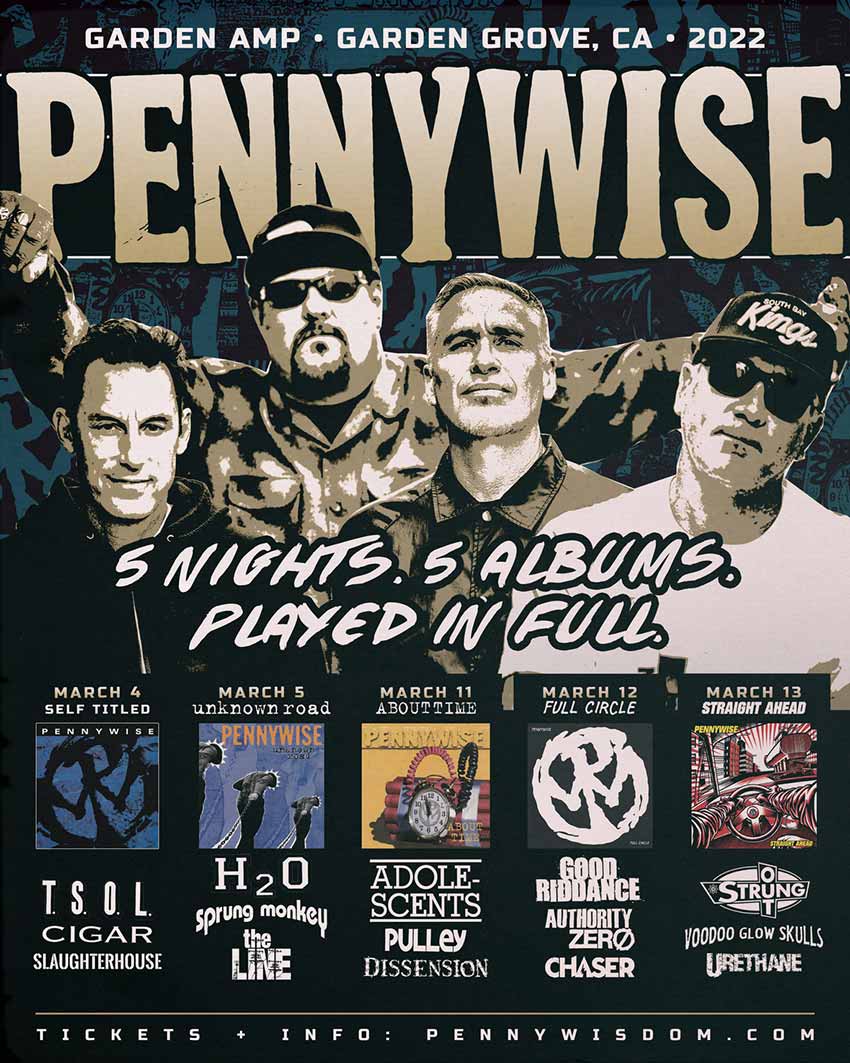