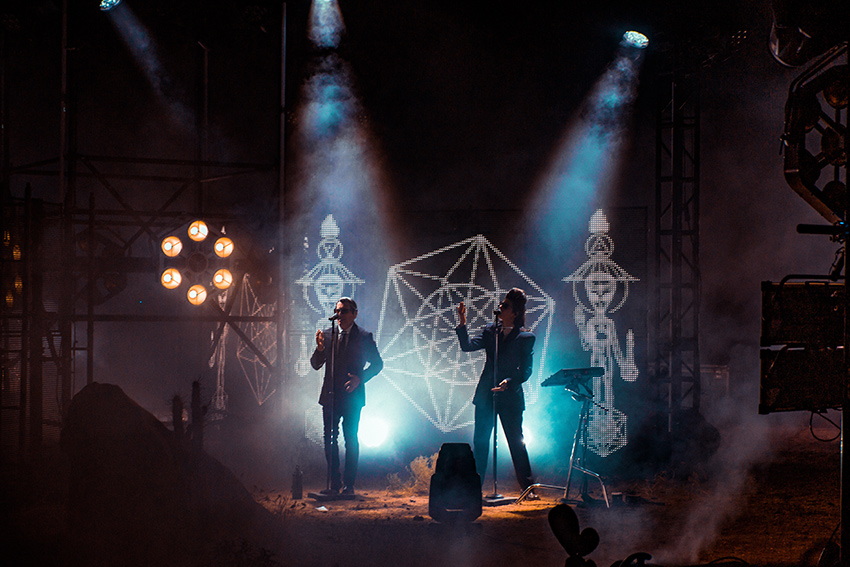 A press release notes, “The clip features performance footage from the band’s recent record-breaking livestream event, “Existential Reckoning: Live at Arcosanti.” The outing, which debuted on Oct. 30 and was available for the following week, found Puscifer in the heart of the Arizona dessert, surrounded by the uniquely “utopian metropolis” that Architectural Digest described as looking like “the sublime set of a big-budget sci-fi movie”.”