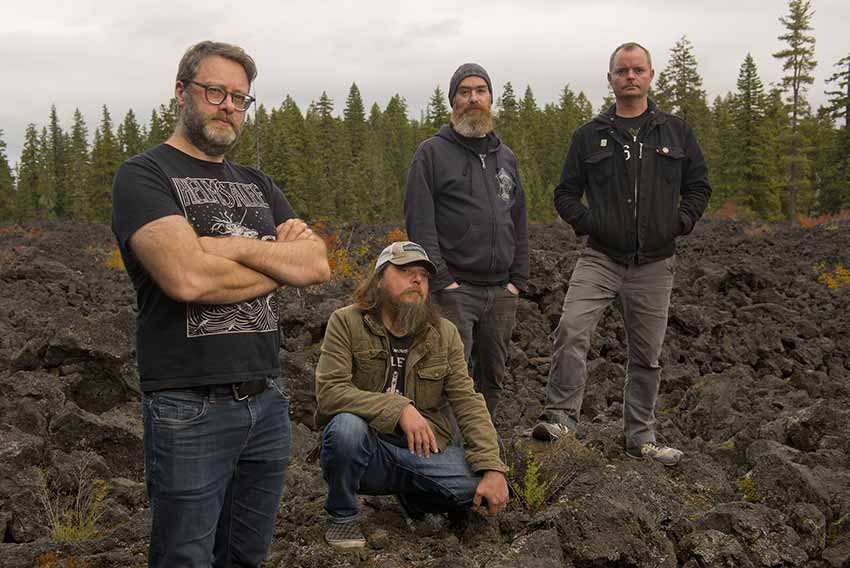 A press release states, “Red Fang have done it again. Celebrating the spooky season, the four band members mark their “demise” the only way they know how, via one of the year’s cleverest music videos.”

Guitarist and vocalist Bryan Giles comments, “When I showed up at the funeral shoot I had no idea that all of these rock luminaries from the Pacific Northwest would be lavishing such heartfelt praise on the corpse of our band. It was an honor to say the least. It’s nice to know that when our number is up we will be missed!”