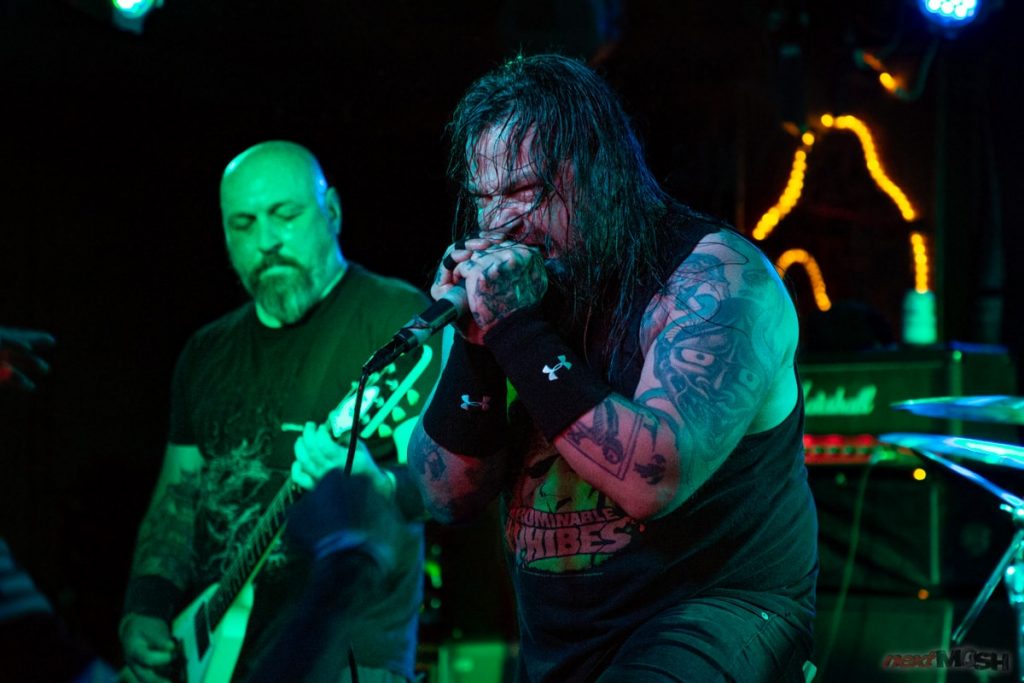 Ringworm have announced the cancellation of their trek with All Out War and Genocide Pact.

Well people, we tried to hold off as long as we could, but like everybody else, unfortunately, we’re going to have to pull the plug on our upcoming tour. It makes us sad and there’s nothing worse than a sad Ringworm. But we know that, we’re all going to be going through some strange and tough times, so for the safety of everyone involved we, unfortunately have to cancel. We’re sure that you can all understand the scenario. But you best believe as soon as things get back to normal, we’ll be back out to see all you ragers. Like a lot of bands about to tour or on tour already having the rugs puled out from them, we have a bunch of cool tour merch thats going to be collecting dust, so very soon we’ll have it available to you via HF’s online store. And like most touring bands, we’re up to our eyeballs in debt, so if you can spare the extra loot head on over and pick up a few things. We might even have some special items as to perhaps inject a bit of humor in these weird and stressful times. Stay tuned for a special post regarding merch deals, that’s coming soon. Until then, everybody stay safe, be smart, help out those who might need it we’ll all get through this. And for those of us who have pets, make sure to give them all the love and affection you can. Give them all the treats and good foods because they’ll help get ya through these stressful times with their unconditional love and support, plus it will help with all the guilt you’re going to have when you have to eat them. JUST KIDDING FOLKS, HUMOR, remember. Stay Safe and we’ll see ya as soon as we can. Love, RINGWORM

The admat is pretty entertaining, too. 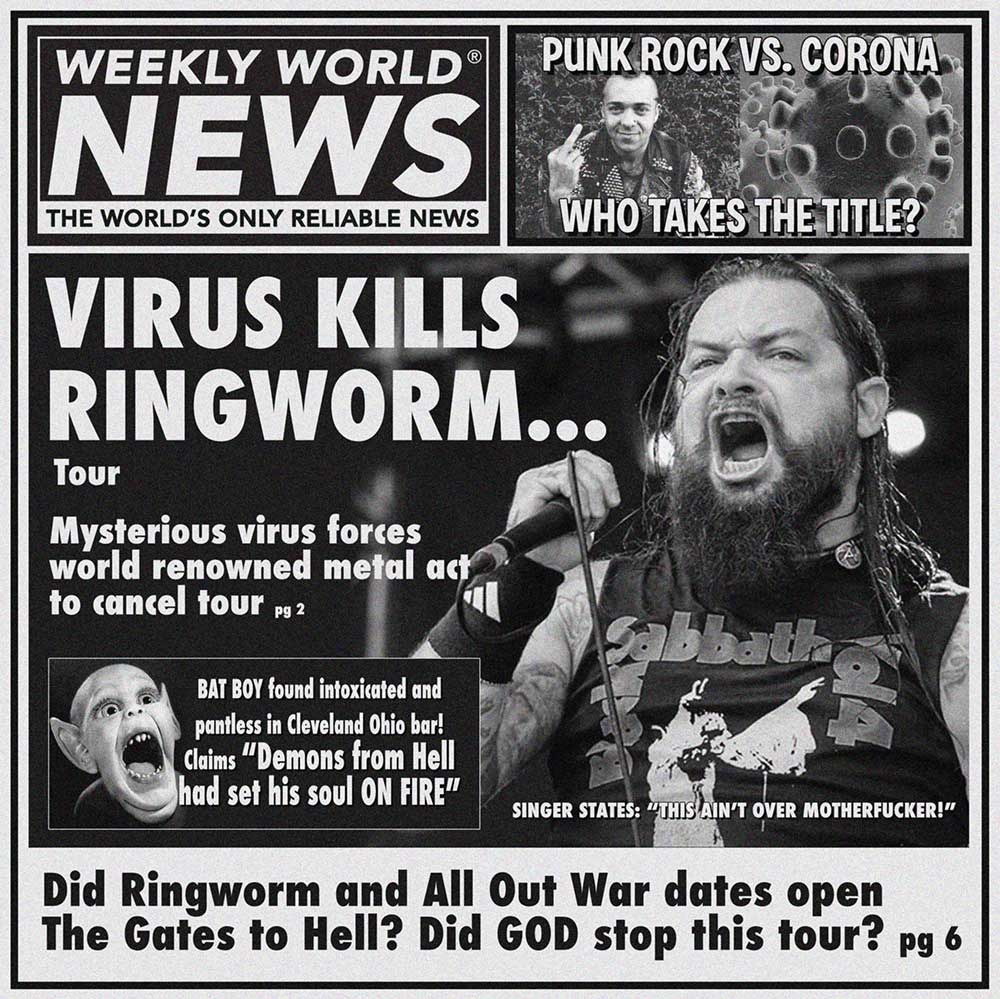