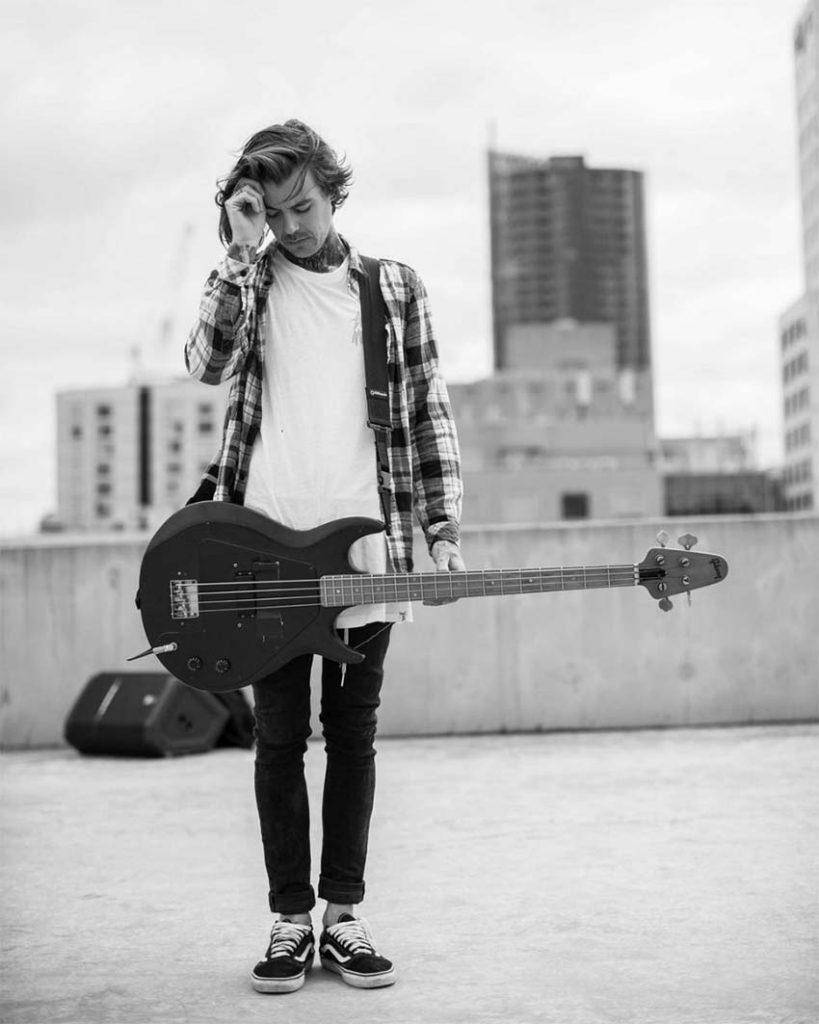 As reported, Sean Kennedy of Deez Nuts and I Killed The Prom Queen fame died on February 23rd at the age of 35. A cause of death was not revealed when the news broke of Sean’s passing.

Sean’s mother, Jo Kennedy has released a message on social media touching on topics such as suicide prevention and mental health awareness. Read her full statement below.

There is another pandemic that we need to address. It is not Covid 19. It is much more complicated and it has no vaccination. There will never be a vaccination.

Suicide is the leading cause of death for Australians between the ages of 15 and 44.

Stop hiding this insidious disease behind closed doors. We need to talk more about it in the media, on social platforms, in coffee shops. Deaths on the road are reported daily. Deaths by suicide are rarely reported.

FOR THE LOVE OF SEAN THIS NEED TO CHANGE

You can make a difference by sharing this post.

Sean Kennedy…where do I begin…

I’ve become somewhat more of a private person than I used to be, but to not share my stories and love for SK would be a disservice to his memory. So I’ll tell a little of my story about Sean like an episode of a beloved TV show, that slots in beautifully with all the other episodes full of wonderful stories and memories being shared by all who loved Sean.

I first met Sean Kennedy when we were very young. I had sort of noticed this kid around town and at shows, he seemed really sweet. I was selling some old equipment and Sean messaged me to buy it and come pick it up. He rocked up at mine and JJ’s old crappy apartment, probably wearing a Paul Frank scarf, Ben Sherman shirt and some nice jeans. It was funny, many of my friends would later come to refer to Sean as my “mini me” as he dressed a lot like me and was obviously a fan of IKTPQ.

A little while later IKTPQ needed a new bass player. Knowing Sean played guitar which usually can translate to bass, I mentioned him as an option to the other guys. “Hey, I know this sweet kid, he can play, he’s handsome, and he wears tight jeans.” This was pretty much the criteria for joining Prom Queen at that stage. Sean auditioned on bass and although he was obviously nervous and very quiet, he crushed it and we knew it would be a fit.

Some of my favorite stories about Sean on tour have already been told by Crafter and others. The time he was so nervous before his first show with Prom Queen at the Underground in Adelaide, that he was throwing up before our set, even though there were only like 50 people there. The time we ran out of petrol on tour in the middle of nowhere Australia, flagged down a random trucker and sent Sean off in the dead of night to go get petrol since he was the newest member of the band, knowing he’d possibly be murdered (sorry Jo) and what seemed like hours later, he made it back and saved the day. The time he put unleaded petrol in the tour van we all knew was a diesel van, and it didn’t even make it to the outskirts of Horsham before shitting itself and we all had to figure out why. The time he destroyed the Tarago rear-ending another car and causing a pile-up coming down Anzac Highway in fog with zero visibility, and he had to switch places with JJ who had to take the rap and demerit points because Sean wasn’t old enough to be driving the rental van. The time he peed all over Action Park and then his morals kicked in and he tipped water all over the pee yelling “water will neutralise the smell!!” The time we couldn’t afford a tour-van so we piled all the gear we could fit and everyone into Sean’s station-wagon (Kev in the dog box with the guitars of course) and literally drove his nice new car into the ground over several tours. The time Sean held the record for the longest straight drive on tour from northern east coast to Vic, around 18 hours straight driving (was probably more like 12 but my memory sucks). The time he had to fly back to Melbourne for a court hearing for throwing a bottle at a McDonalds window and shattering it. The time we ate nothing but Boca burgers and watched movies for two weeks straight sleeping on the floor of Evergreen Terrace’s house in Florida between US tours. The time our US tour van broke down a few days in, so he and I flew from Virginia Beach to Nashville to buy another shitty tour van and drove it half the 11 hour drive with it vibrating and nearly falling apart because the wheels were out of alignment. The time we drove in shifts around towns UK in the middle of the night just so we could have the heater on in the van so the others could sleep because we had no place to stay. The time we rocked up in a foreign country (Sweden) to record the biggest album of our career, and the airline lost our guitars, we had no place to stay so we walked around the local mall trying to find free wifi with the one laptop we owned so we could find hostel to stay at. The time he ruined The Killers, Head Automatica, The Juliana Theory and other bands for me, by playing them on repeat while he drove on tour. The time we toured Europe for the first time and he and I were the only ones who could drive, so I always took the graveyard shift driving while I waited for him to sober up and take the 6am shift and we drove through the Swiss Alps watching the sun rise through the mountains in awe of their beauty, while the others slept.

Some of these stories may sound like negative occurrences, but they’re among my fondest memories, and are a testimonial to our adventures. That’s just what we did, half our lives were full of adventure together. We literally lived the dream and without Sean, it wouldn’t have been possible.

I have this sort of sad feeling that Sean may have never truly known his worth. A young kid from the tiny city of Adelaide, a place where barely anyone does anything noteworthy. Sean made it out and was traveling the world when he was still just a teenager. Just years later in his early 20s, he was already garnering tens of thousands of fans around the world and influencing and inspiring young minds and aspiring musicians around the globe. And then he did it all over again with DN! SK you were a trailblazer, your presence, creativity, quirkiness, resilience, friendship, love and kindness have improved the lives of countless people.

I don’t have many regrets in life, but I do regret that our last interaction was not a positive one. We may have somewhat gone our separate paths in this life, but you were a monumental part of one of the most important periods in my life. Whether we shared the stage in front of ten thousand people, or some random floor in another part of the world…you were my friend, my family, my bandmate and I love you. Rest easy friend.