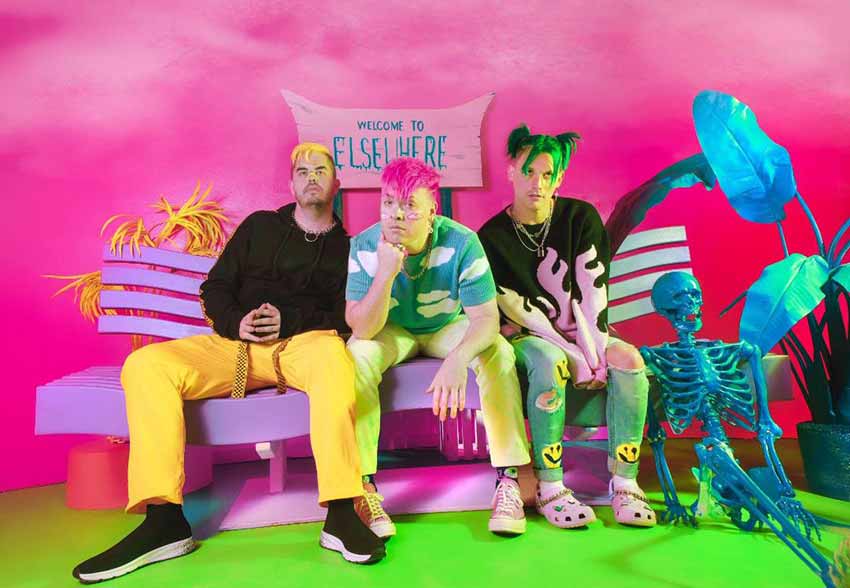 Alternative rockers Set It Off have unleashed their new single titled “Skeleton,” which you can check out below in official music video form.

Regarding the new tune, a presser states, “With a metaphor of stripping one’s flesh to unveil unyielding bone, “Skeleton” centers on liberating your core self from your negative, internalized facades and influences. Set It Off sings of unapologetically embracing yourself in an effort to breathe new life within. “Skeleton” is the lead single of their upcoming album Elsewhere, which promises to divulge further vulnerability and open varied moods and worlds for listeners.”

They add, “A hauntingly melancholic piano opens up to a Pop Rock guitar and driving drumbeat in “Skeleton.” Lyrics of breaking down to become whole empower the melodic song until it increasingly emboldens and ascends to a frantic rap. Accentuating their words, an energized climax of harmonies demands listeners to shout along. While Set It Off was creating “Skeleton” in the studio, the jump tempo excited singer Cody Carson, as he anticipated the potential crowd reaction. The music video for “Skeleton” sees Set It Off revamping their image with pops of “bright neon colors mixed with macabre imagery,” a shift that certainly matches their reinvigorated, musical energy.”

They end with, “Speaking from his own personal battle against stigmas of bisexuality, drummer Maxx Danziger echoes Carson’s sentiment, refusing to pretend to be someone else to placate others. “There’s so much outside pressure swaying us to act the way others think we should whether it’s your interests, hobbies, sexuality, career, gender identity, etc. The ability to block out that noise, find your true self, and be that person 100% is real vulnerability and real bravery.””

In addition, Set It Off have announced their ‘Welcome to Elsewhere’ tour for February through January 2022 — all shows are listed after the clip below. 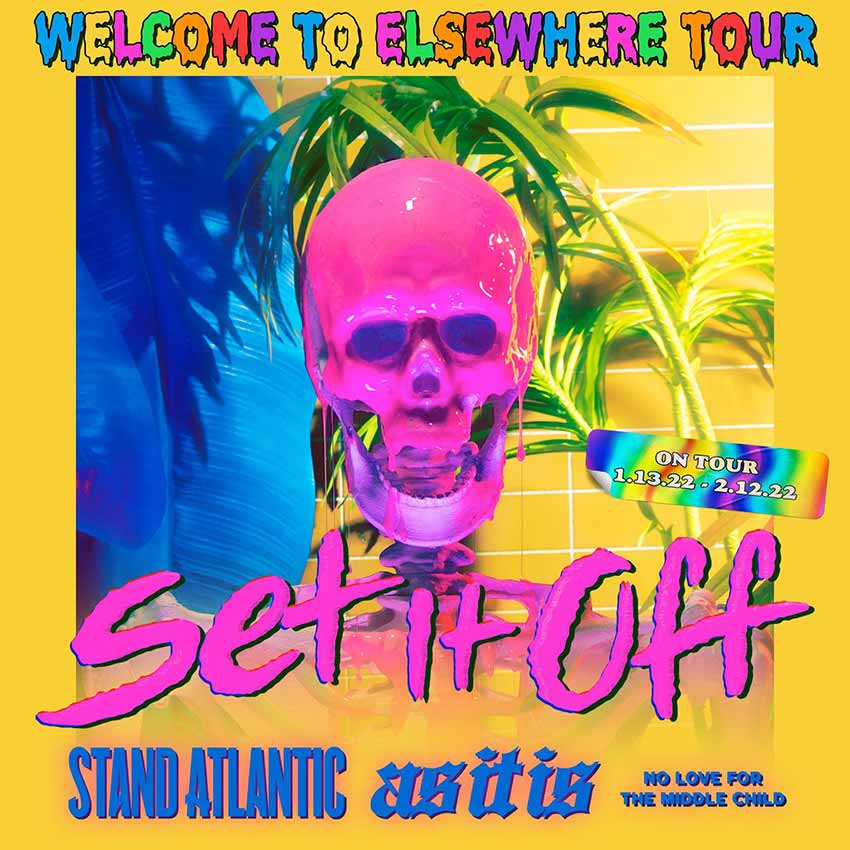