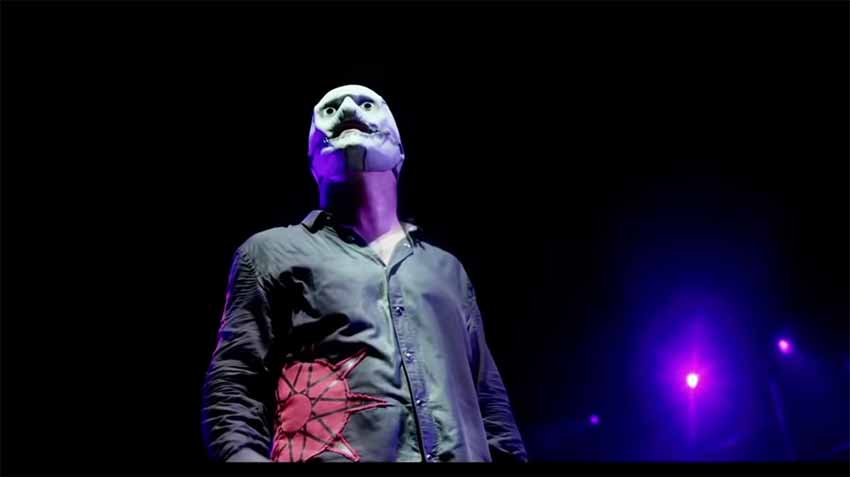 Last night, November 5th, saw Slipknot perform one of their biggest headlining gigs of their career at ‘Knotfest Los Angeles,’ which went down at the Banc of California Stadium. The evening was filmed as part of Slipknot’s first-ever live streaming event, and also featured sets by Bring Me The Horizon, Killswitch Engage, Fever 333, Code Orange, Vended, and Cherry Bombs.

Friday’s headlining set saw Slipknot dish out a 16-song set-list, which included hits like “The Heretic Anthem,” “Psychosocial,” “The Devil in I,” “Wait and Bleed,” “Spit It Out,” “Surfacing” and more. As a special bonus, the band also treated fans to the first-ever live performance of their brand-spanking new track titled “The Chapeltown Rag,” which The Knot unleashed upon the world that very same day — check out the live clips below.

Regarding the new tune, Slipknot vocalist Corey Taylor previously commented, “It’s a punisher man. It’s classic Slipknot. And it’s frenetic. But lyrically, it’s coming from a point of talking about the various manipulations that can happen when social media meets media itself. And the different ways that these manipulations can try to pull us in different directions, in the fact that we’re all becoming addicts to it, which is very, very dangerous.”

M. Shawn Crahan AKA Clown added, “‘The Chapeltown Rag’ facilitates a sort of mindset that you’re going to like: it’s along the barnburner side of things.”