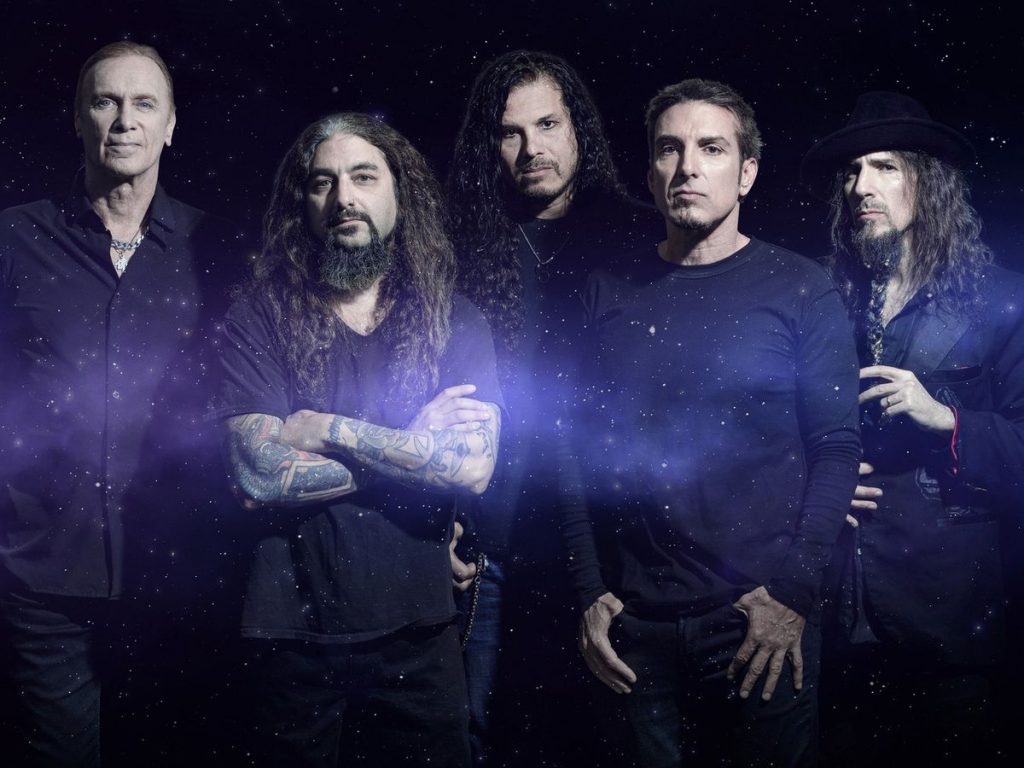 Here’s the full statement from the band:

Sons Of Apollo are absolutely devastated to announce that we have no choice but to stop our currently ongoing tour in Europe, Russia and Ukraine and postpone the remaining concerts.

The Corona Virus epidemic has escalated to a point where governments have decided to shut down venues, restrict events, limit flight destinations, with no certainty for us and our promoting partners and that our shows can be guaranteed to happen.

Obviously these European wide emergency precautions have been taken to protect the safety and health of all fans in attendance and artists and crew alike. We do agree that this is a time where health comes first and we will not endanger band & crew, nor fans.

Furthermore, on top of the potential health implications and obstacles, the economical impact and potential financial risk for a tour from overseas like ours has forced us, to take action to limit the possibility of devastating financial losses in such a force majeure situation.

Nobody is more disappointed then we are in this moment…
We are really looking forward to playing each and every show once the situation has cleared, as the momentum and excitement we experienced at our 2 sold out opening nights in Germany and our shows in Norway and Sweden have been by far the best the band has ever experienced!

We will ABSOLUTELY be rescheduling these dates as soon as it is safely possible to return. Details of honoring existing tickets and refunds will be announced locally. Procedures for existing VIP package holders will be announced on SOA website and our social media

Thank you for you understanding and we see you as soon as we possibly can!

All affected dates can be viewed via the flyer below. The band are still set to play South American shows in April (see those dates below as well).

Just last week, Sons of Apollo released the official lyric video for their track “Asphyxiation,” which appears on their second studio album ‘MMXX’ (stream the clip after the dates). 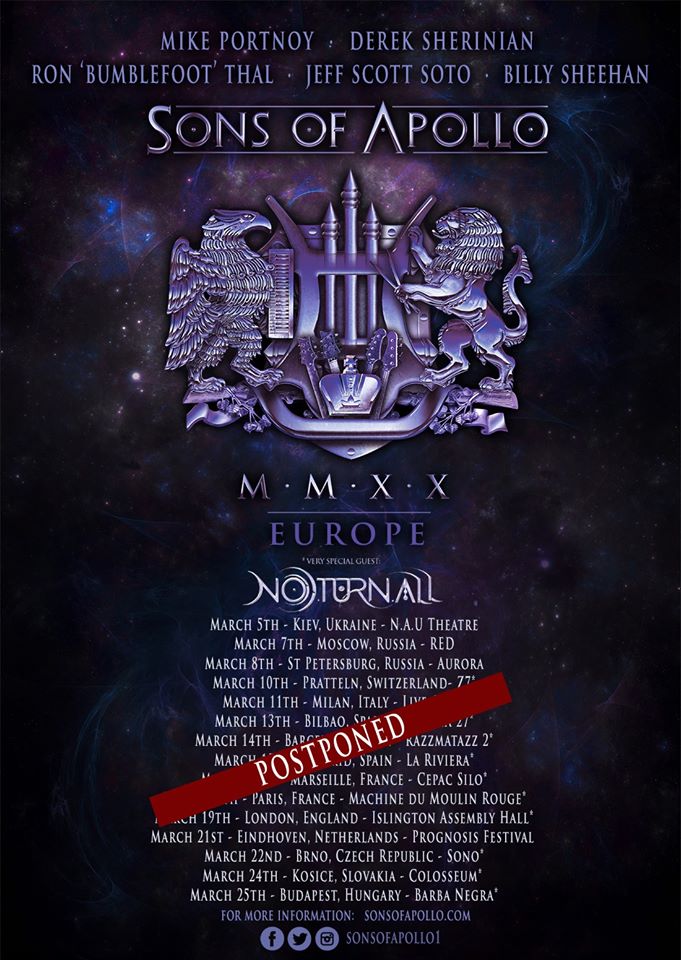