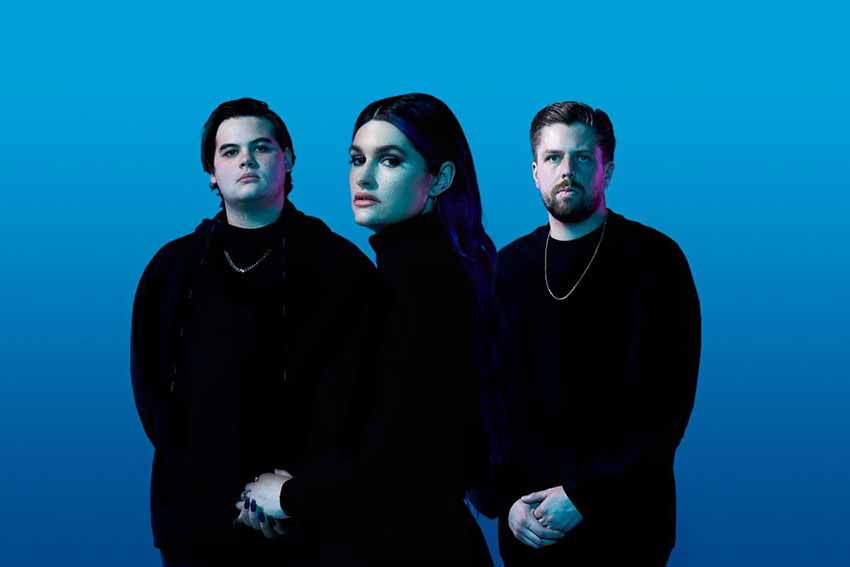 Canadian heavy metal powerhouse Spiritbox have announced their first-ever U.S. headline trek in the form of ‘The Eternal Blue Tour 2023,’ which kicks off on April 10th in Vancouver, BC, and runs through May 10th in Minneapolis, MN with support from After The Burial and Intervals.

Here’s more info from today’s tour announcement, “The history-making tour is in support of Spiritbox’s phenomenal, chart topping debut album of the same name, released in September of 2021 via Rise Records and Pale Chord. Since releasing Eternal Blue, Spiritbox have been conquering the live arena one jaw-dropping performance at a time around the globe, playing major European & US festivals, several sold-out, one-off headline shows in major cities such as London, Los Angeles and Munich and touring with the likes of Underoath, Ghost and Lamb of God.”

They add, “Spiritbox have spent the 12 months since releasing Eternal Blue honing their live show into a truly jaw-dropping, unmissable experience. Now, fans across North America will have the chance to see the band perform a full headline length set for the first time, making the Eternal Blue 2023 Tour what is sure to be one of the most highly anticipated, must-see live events of the year.” 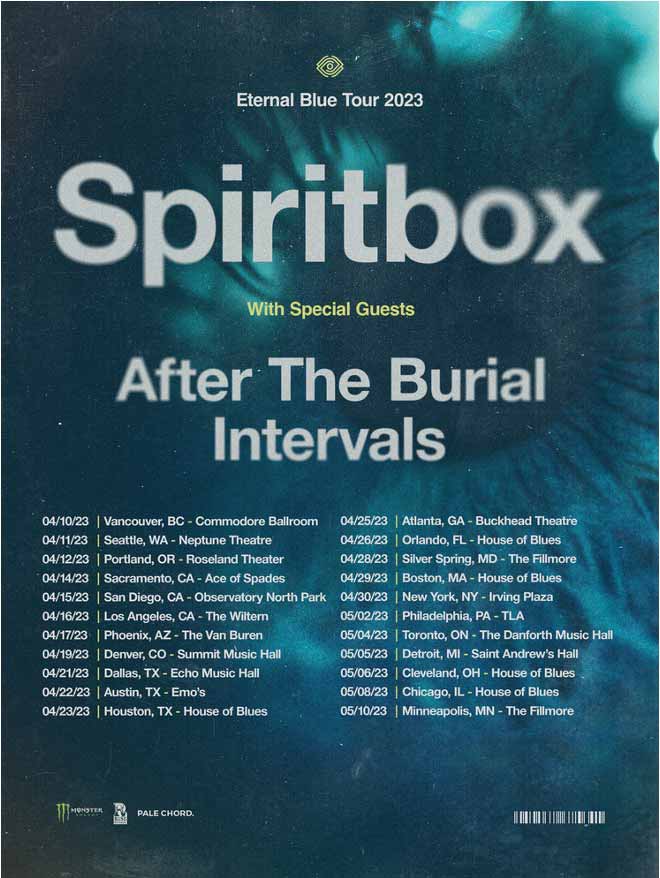