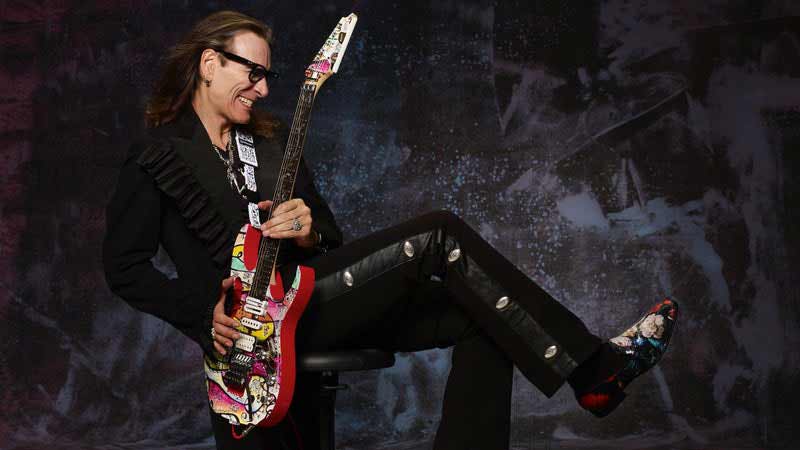 Guitar king Steve Vai has announced the rescheduling of his previously revealed 2022 U.S. tour. The outing was set to kick off on January 27th in Las Vegas, NV at the House Of Blues, but will now take off on September 28th in El Cajon, CA at The Magnolia and will run through early December. All newly booked shows can be viewed below.

Here’s more info from today’s announcement, “The itinerary will now feature performances in 52 markets as opposed to the initial plan of staging 54 shows. All ticket and VIP purchases will be honored for the rescheduled date. Vai’s performance in Atlanta, GA will now take place at the Variety Playhouse instead of The Eastern and due to scheduling conflicts, the Milwaukee, WI and Billings, MT shows will no longer be a part of the tour.”

They add, “Approximately one year ago, Vai underwent shoulder surgery to repair an injury. That procedure was successful, enabling him to record the upcoming studio album release of Inviolate (Favored Nations / Mascot Label Group). In preparing for the tour, it became clear that a new injury emerged that requires another surgery prohibiting the tour to be staged as announced.”

Vai comments, “I’m gutted that we have to move this tour, but I also know it’s in the best interests for us and the fans that we do.” 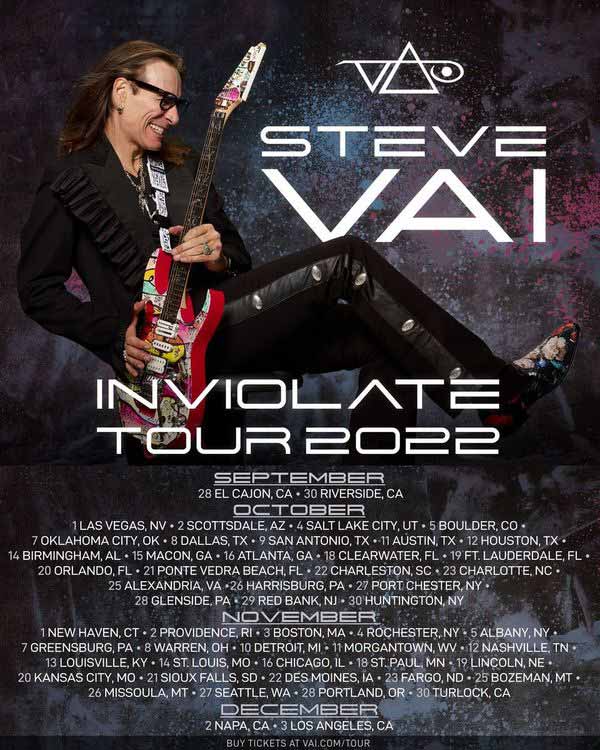